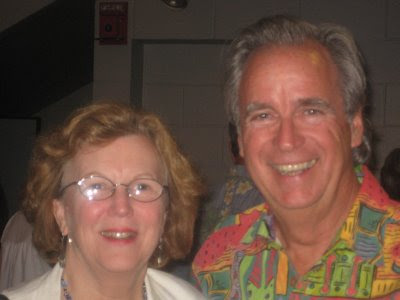 As the concert drew to a close, North Brunswick's event committee were invited to participate in the band's "Dance to the Music" number. First, with George Murray on tambourine, Carl Giammarese invited the event committee onstage and one committee member knew to add "more cowbell" to the song for a sure-fire success.

The publicity for this show was truly outstanding, thanks in large measure to Bruce Brown's blogging and the outstanding media creations of Justin Williams' North Brunswick Magazine, with both the current issue cover and the Special Buckinghams Collectors Cover. Read the story by Marybeth G. Cale, in the summer issue of North Brunswick magazine at http://www.thenbm.com/buckinghams. For information about obtaining a souvenir copy, go to http://www.thenbm.com/buckscover 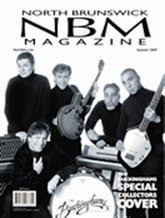 Justin was so busy taking photos for the Fall issue of North Brunswick Magazine that he didn't have time to join the committee on stage. All part of the media business, capture the moments as they happen. 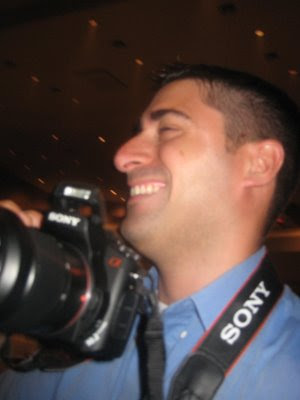 And, Justin's summer issue features not only The Buckinghams, but a profile by Hilary Brady on Leland's king of social media, Bruce Brown. Read the story here: http://www.thenbm.com/brucebrown

Justin and his team produced a souvenir concert program that was snapped up by concert patrons as prized collectibles. Congratulations and thanks to the North Brunswick Chamber of Commerce, Terry Grillo, Executive Director, and for the committee members: George Murray, Phyllis Murray, Sheila Hanby, Justin Williams, Charlie Rivenbark, Dana Fisher, Randy Rhodes, Brenda Bozeman, Victor Pearsall, and George Patterson for an outstanding event for the North Brunswick Chamber.

Thanks to Ben Brown of The State Port Pilot and John Staton of the Wilmington Star-News for their pre-concert event articles and to Bill Norman of WNMB Radio, AM Stereo 900 www.wnmb900.com and James "Foxx" Reddish of KOOL 103.1 FM www.kool103.com for their great on-air radio promotion that made the Chamber's Concert Weekend a great success.
Posted by The Buckinghams in Concert at 7:49 AM No comments: