It's not every day that a kid from Chicago grows up watching TV and one day is on it, playing music as part of a band that will become important first in Chicago, and then will see national acclaim, including days of recording songs on a prestigious record label and then finding yourself looking at a red light belonging to a camera live on CBS's "The Ed Sullivan Show." It's also not every day that a kid can go to Wrigley Field with his dad and younger brother to watch the Cubs play baseball, and then grow up to have a once-in-a-lifetime chance to throw out a ceremonial first pitch for the team. Also, to be included in the same weekend celebration with Gale Sayers (#40) one of the greatest legends ever to play Chicago Bears football is simply surreal. That's what it was like last week for Carl Giammarese of The Buckinghams, surreal and splendid, a day to remember forever, July 11, 2014.

Read the full story, including the video of Carl's pitch (thanks to Susan Rakis, Advance/Production Coordinator for The Buckinghams), for filming that historic pitch! Click HERE for the full story. 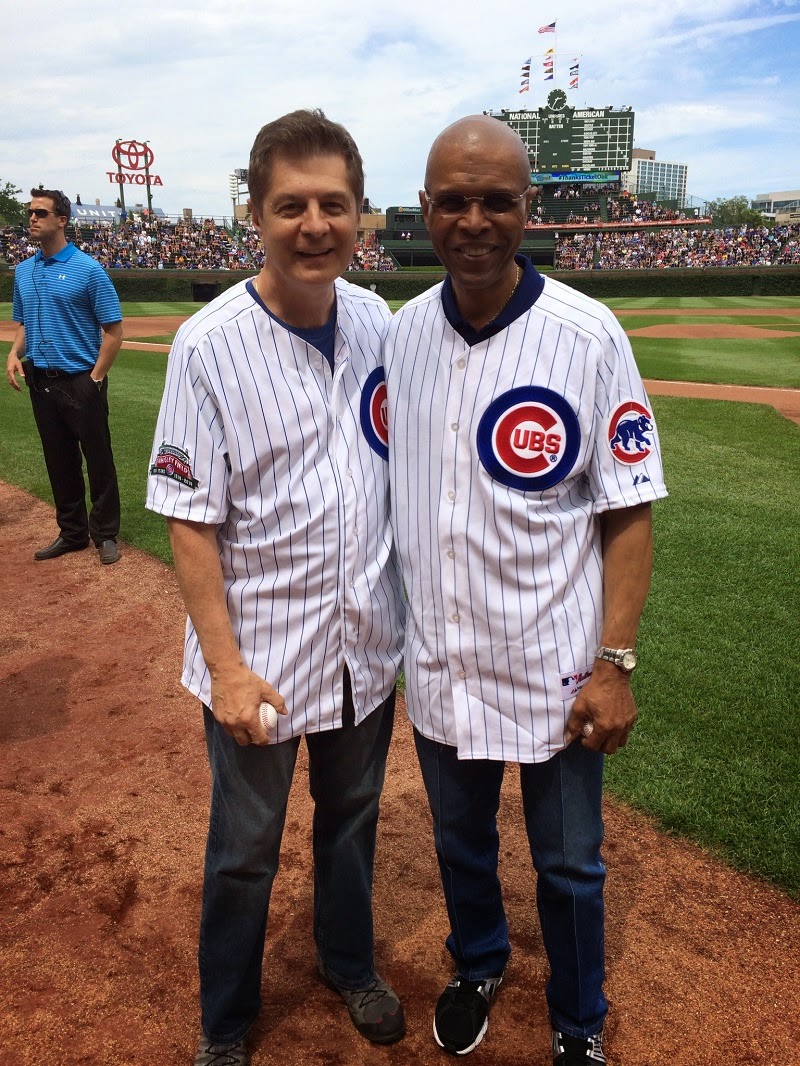 Photo by Susan Rakis, The Buckinghams

Posted by The Buckinghams in Concert at 11:20 AM No comments: