FlashBack 2012: Happy Together Tour 2012 Resumes and Heads West to California

"Tonight, after 15 successful concerts in June and a two-week hiatus, the Happy Together Tour 2012, the ultimate classic rock and roll road show, resumes in California. The first 15 shows, featuring The Turtles, The Buckinghams, Micky Dolenz, Gary Puckett, and Grass Roots, spent the first part of the anniversary tour in the eastern United States. The week ahead includes seven shows across the western United States—with four in California, and one each in Arizona, New Mexico, and Utah." 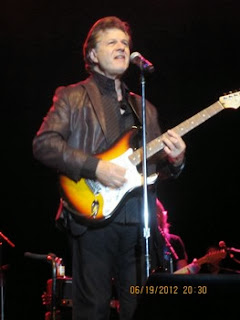 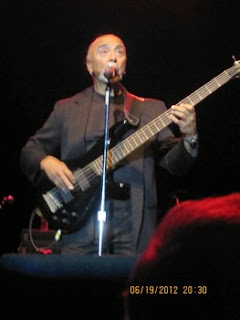 Concert reviews from the first leg of the tour have been consistently positive. Writers have remarked how true the artists’ voices are still today to the original records from the 60s and 70s. Also noted is the high energy that the artists show on stage, individually and together, make revisiting those decades like a ride in a time machine.

Of course, each of the groups had multiple chart hits on Billboard’s Top 40 for years. Audience members have been flooding YouTube with videos from each stop on the tour, and maintain the best of classic rock can be found in this artist grouping.

Shows feature Carl Giammarese and Nick Fortuna, The Buckinghams, best known for “Kind of a Drag,” “Hey Baby, They’re Playing Our Song,” “Mercy, Mercy, Mercy,” and “Susan.” The Buckinghams performed in concerts with their full band during the hiatus and are scheduled to do so again later this month.

Singer/bassist Mark Dawson and guitarist/vocalist Dusty Hanvey bring Grass Roots hits to life (“Temptation Eyes,” “Midnight Confessions,” “Two Divided by Love,” and “I’d Wait a Million Years”). A special part of the shows is Dawson and Hanvey singing and playing, while a film of Rob Grill plays in the background on the video screen, which audiences always appreciate. Even more poignant will be tonight's performance, as it marks one year since Rob Grill's passing. Dawson and Dusty Hanvey have carried forward the music of the Grass Roots with the blessing of Rob's wife Nancy.

Gary Puckett’s baritone rings on “Young Girl,” “Woman, Woman,” “Lady Willpower,” “Over You,” and “This Girl is a Woman Now.” His favorite songs from the days of Gary Puckett and the Union Gap provoke audience singalongs almost instantly. Some who attend the concerts bring their well-worn Columbia 45s for Puckett to sign. His discography is extensive.

Micky Dolenz brings back the hits of The Monkees, including “Pleasant Valley Sunday,” “(I’m Not Your) Stepping Stone,” “I’m a Believer,” and “A Little Bit Me, A Little Bit You.” A video tribute to Davy Jones accompanies Dolenz’s performance in poignant memory of Jones’ passing earlier this year. Micky has generously performed in Davy's place in concerts such as Walt Disney World in the past months, in tribute to his fellow Monkee, in addition to his regular full solo concert schedule.

Then, the music (and comedy) of The Turtles, featuring Flo and Eddie, comes to the front of the stage. Each night is different as headliners Mark Volman (Flo) and Howard Kaylan (Eddie) combine fast-paced ad libs with dead-on vocals that showcase some of the most popular singalong hits. The Turtles are the driving force that maintains the high energy of each show.

In fact, audiences are welcome to sing along and they do, and from many of the early venues in the tour, fans posting pictures show the audiences on their feet, not just for a standing ovation but for the entire show. Dancing in the aisles is permitted, when there’s space as many venues such as the Ruth Eckerd Hall in Clearwater were filled.

Last year, the Happy Together Tour -- which featured five incredible artists performing some of the greatest pop rock of the sixties -- took to the road in celebration of the tour's 25th Anniversary with many of the same artists that shared the stage together in 1985 including The Turtles featuring Flo & Eddie, The Grass Roots and The Buckinghams. The Happy Together Tour 2012 promises to be another good time had by all.

The highlight of the show is the grand finale, where all the artists come on stage together and sing “Happy Together,” thus concluding the evening’s return to the 60s. Meet and greets with the artists are popular parts of the show and Facebook traffic shows the popularity of these sessions, as evidence by fans posting pictures with the artists on their individual Facebook pages after each show.

Tonight’s show at the scenic Humphrey’s by the Bay is sold out, just another indication of how Baby Boomers are embracing these high energy shows.

Later this month, the tour will return to the northeast United States before concluding with 17 shows this August.

In total, 43 audiences will have the opportunity to see the Happy Together Tour this summer, almost twice as many as in the 2011 tour. And the hits just keep on coming.

Thanks to Marie J. LoPrete for all these photos 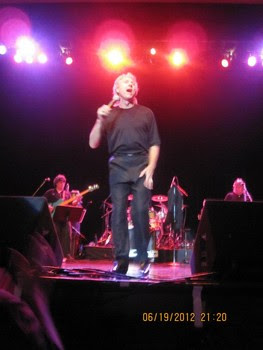 Gary Puckett at the Keswick Theatre on the Happy Together Tour. (Marie J. LoPrete, used with permission) 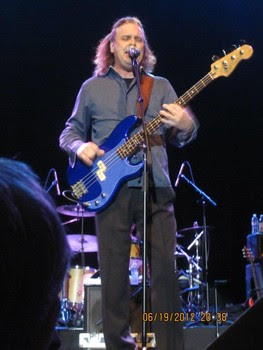 Mark Dawson, Grass Roots vocalist and bassist at the Keswick Theatre on the Happy Together Tour. (Marie J. LoPrete, used with permission) 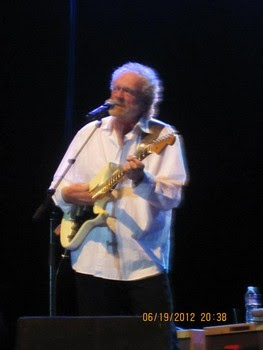 Dusty Hanvey, Grass Roots guitarist and vocalist at the Keswick Theatre on the Happy Together Tour. (Marie J. LoPrete, used with permission) 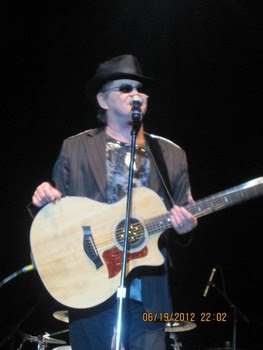 Micky Dolenz of The Monkees at the Keswick Theatre on the Happy Together Tour. (Marie J. LoPrete, used with permission) 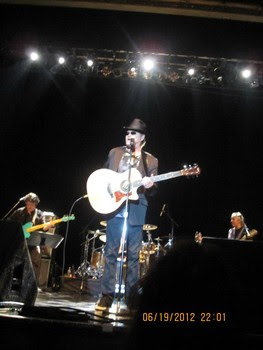 Micky Dolenz sings and plays the guitar at the Keswick Theatre on the Happy Together Tour. (Marie J. LoPrete, used with permission) 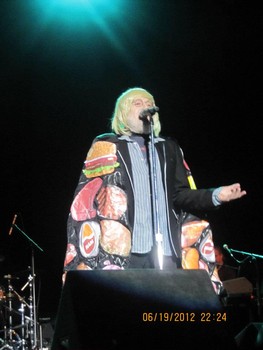 Not Lady Gaga, but it is Howard Kaylan of The Turtles featuring Flo and Eddie at the Keswick Theatre. (Marie J. LoPrete, used with permission) 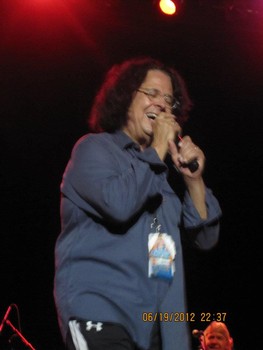 Mark Volman, aka Flo, aka Professor Flo, at the Keswick Theatre on the Happy Together Tour. (Marie J. LoPrete, used with permission)
Posted by The Buckinghams in Concert at 7:25 PM No comments: