Pictures Worth a Second Look—Can You Spot the Differences?

Answers to Questions at the end of the article. Scroll down to see!

Many of you who collect nostalgia and save souvenirs through the years from days when you went to hear your favorite groups in concert often have a file, a box, or a folder with old concert ticket stubs, a few photographs and autographs, and maybe even some sheet music from songs you used to play in bands while you were a teen.

Going through some files today, two distinct copies of sheet music jumped out for “Kind of a Drag,” which went to No. 1 on the Billboard charts. They are different in at least three different ways. How quickly can you spot them? 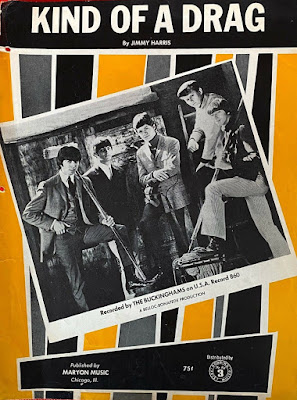 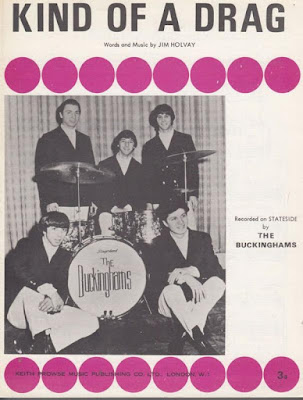 Take your time and study both pictures. If you think you have all the answers as to how they’re different, feel free to post them on Facebook. Waiting to see how fast they jump out at you. Answers will be posted tonight here at facebook.com/TheBuckinghams. Good luck!

ANSWERS TO THE QUESTIONS FOLLOW HERE: Find three differences between the two sheet music folios: 1) In each picture there are four of the same band members but in the case of the 5th, they're two different people. See the one on the original sheet music is different (there's a guy in the beret...who's that?) and the one after it, has a different band member wearing the same type of jacket as the oter guys but he's not the same guy as the guy in the beret in the other photo. Who is that?

3) On the first copy of the sheet music, it credits "Jimmy Harris" with writing the song, and on the second copy, it has "Jim Holvay." That's because when James Holvay first wrote the song, he'd written so many different songs that he came up with multiple stage names that he would use from time to time, and it just so happened that he chose Jimmy Harris as his stage name for this one, on a lark. But when the song started taking off, he got his music attorney to get his real name affixed with the song so people would know it was really him, the guy from Lyons Township High School, who wrote that No. 1 Billboard chart topper!

Guessing that many of you knew the answers to those questions!

Final question: Who are the two band members that are different from the other four pictured? What are their names?

Posted by The Buckinghams in Concert at 9:57 AM No comments: