When the Happy Together Tour was being planned for 2019, executives reached out to Carl Giammarese earlier this year to gauge interest availability for what was described as the 10th Anniversary Tour for the annual summer trek around the United States, bringing a veritable group of traveling classic rock stars to favorite venues they visit annual as well as some new places on the map for the typical 90 minute time travel machine filled with music and memories. The funny thing was that yes, this is the 10th anniversary of the Happy Together Tour, but it's actually the 10th year of the Happy Together REUNION tour. You see, the very first Happy Together Tour was launched in 1984, and the lead group, who performed the eponymous hit, was of course The Turtles featuring Flo & Eddie. Joining them that year were Gary Puckett & The Union Gap, Spanky & Our Gang, and The Association. Here's the cover of that first year's tour book designed by Reiner Design Consultants. Missing from your collection? It's available online for only $88.00 plus some change. 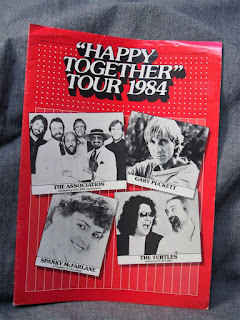 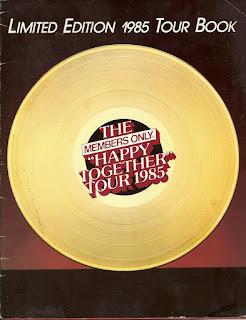 On the second year of that tour, The Buckinghams were invited to participate. You can see the program booklet below and view each page of the '85 booklet in a previous blog post. The musicians participating with Carl Giammarese and Nick Fortuna included Laurie K. Beebe on vocals and keyboards (today best known as Laurie K. Lewis), John Cammelot, keyboards, backing vocals, and Tom Scheckel, drums. Laurie would later go on to sing and tour with the Mamas and the Papas, and with Spanky McFarlane in Spanky & Our Gang. John Cammelot, who passed away in 2014, who would be called "Mr. Tune" for his popularity as a musician. That year would be the only full year of the sidemen in that particular configuration, as the year 1986 would bring two different sidemen to the lineup.

So, as 2019 takes its place as the 10th anniversary of the 2010 25th REUNION of the Happy Anniversary Tour for The Buckinghams the new lineup is as found on the primary media poster: 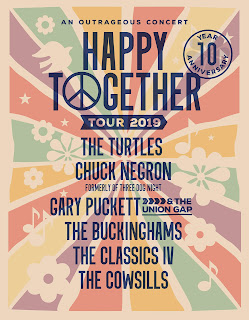 The musical acts this year are headliners The Turtles, Chuck Negron (formerly of Three Dog Night, Gary Puckettt & the Union Gap), The Buckinghams, The Classics IV, and The Cowsills.

Now, if you want to catch The Happy Together Tour 2019 you have 55 chances. Click on each photo to see if they'll be coming to your town, or close enough to drive there! You'll not want to miss them because this year's line up is musical magic! 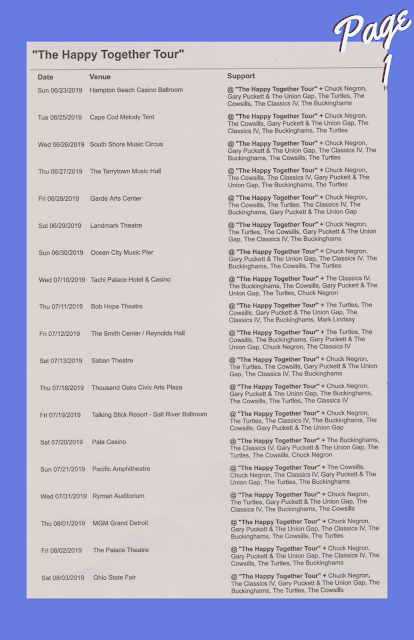 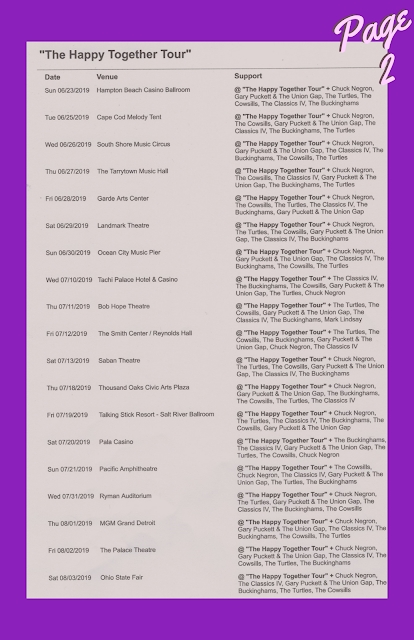 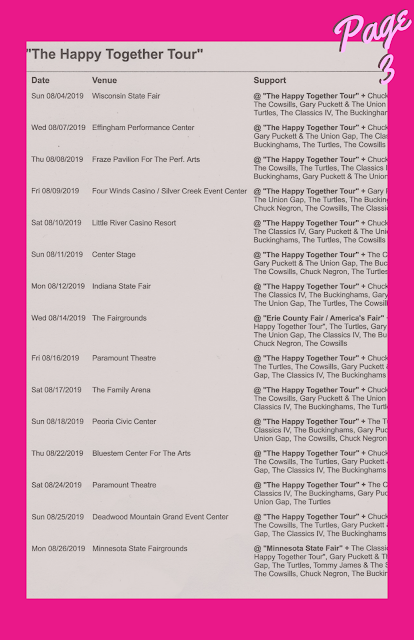 Posted by The Buckinghams in Concert at 8:30 AM No comments: