Remembering John Poulos’ Birthday and A New Video from Carl 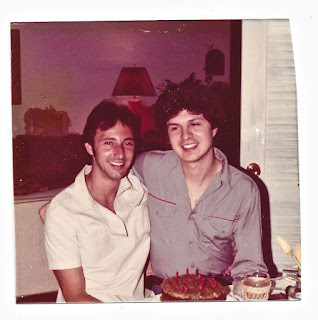 This picture is from Carl Giammarese’s personal photo album and it’s of a celebration of John Poulos’ birthday back in the late 60s/early 70s. The cake looks pretty good. Today John would have been 73 years old and without a doubt, he would be one of the most positive voices you looked to for affirmation that, no matter what was going on at the time, things were all going to work out just fine.

It’s the basic nature of an optimistic person to want to make things better, to cheer people up when they’re sad, and to take a leadership role in turning a bad situation into a good one. To hear Carl tell stories of their early days together, John was someone whose personality really meshed with his. They had many interests in common and they didn’t fear what was coming tomorrow. Rather than being overly serious about long-term worries, instead John was able to enjoy the moment and capture the joy of being there, something many of us forget to do.

Three rare, early photos of The Buckinghams were found but please do not copy and share/paste them by themselves anywhere as they are part of UM’s special collection and not meant for public distribution without permission. Photographer on both pictures was Jeffrey Drucker, who was a “student and photographer at the University of Massachusetts Amherst from 1966–1969, where he majored in production management and was the WMUA station engineer.”

The concert location was the University of Massachusetts at Amherst and The Buckinghams performed at their Winter Carnival in their Student Union building. The concert was February 21, 1968. As you can see there was a huge crowd gathered to hear the (then) newest national music stars. 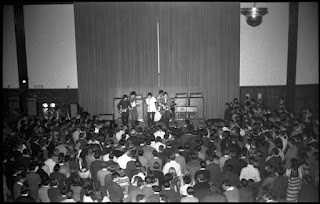 The next photo is of Carl and John, with all five Buckinghams present in the room during the intermission in the show. Bob Sawyer (not pictured) recorded an interview for the student radio station, WMUA, and they look pretty relaxed just halfway in the show. They were likely pretty happy to get their heavy Edwardian jacket coats off for a little while, too. 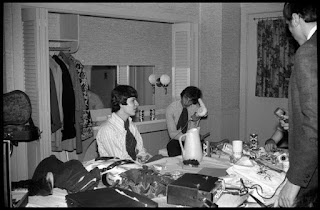 Next is a relaxed photo of four of the guys; Marty didn’t get in this picture. 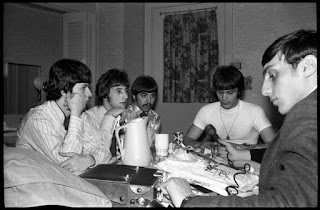 Making every day count is what it’s all about. When you look back at your own photo albums, just one picture can set your memories working for hours. You recall the people you were with, where you were, what was going on at the time, how you felt and, for music fans, what was on the radio at the time. People save concert ticket stubs (before iPhones were invented), as that was the only way you could capture a moment in time. Many of you, over 50 years later, still have saved ticket stubs from The Buckinghams’ concerts. Some could even have John Poulos’ autograph on them.

Capture each moment in time today in photos and in your journals, because in another 20 or 30 years, those images and memories will mean the world to you and those who love you.

Tonight Carl Giammarese recorded a special video for Buckinghams' fans, an acoustic version of one of his favorite Beatles' songs: "Blackbird."

Posted by The Buckinghams in Concert at 11:12 PM 3 comments: