To those in Chicago who look forward to attending the annual Columbus Day Parade, it is especially memorable for those of Italian heritage, thanks to Christopher Columbus, whom we celebrate for discovering America in 1492. Pride in family heritage runs strong, in Chicago and in every city across the country, but in the case of Chicago's Columbus Day annual celebration, one need only look to the JCCIA, which stands for the Joint Civic Committee of Italian Americans.

When JCCIA current president Ron Onesti, CEO of Onesti Entertainment (The Arcada, Des Plaines Theatre, and several other venues), was planning for the 2021 Columbus Day Parade, he reached out to the Sanfilippo family (Jasper’s widow Marian and their five children who are involved in the success of the business still today—John, Jim, Jeffrey, Lisa, and Jasper). Jasper B. Sanfilippo was one of Chicago’s most respected philanthropists, who founded a company built on nut and snack foods called John B. Sanfilippo & Son, Inc. Jasper instilled his personal pride and passion in working your hardest and best to help your community. His recent passing made it only right to honor the elder Sanfilippo at this year's parade.

Every parade needs a queen so, on August 1, 2021, this year’s festival parade held its contest for choosing their queen. Ron invited Carl Giammarese John Leanardi, Diva Montell, Ivana DiPiero, Miranda Fenzau, and Carole DiFrisco to be judges for Queen of the 2021 Columbus Day Parade. 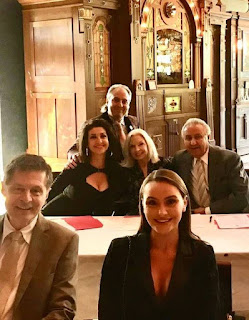 John Leanardi captured this photo of the judges (Ron Onesti, JCCIA president in the back).

The Sanfilippo Estate was a lovely and historic site for the competition to take place. In some of the photos, you'll see where Jasper Sr. had a great love of music and a strong collection of music instruments at his home, called the “Place de la Musique” in Barrington, Illinois. He passed away in late January, 2020, and because the 2020 Columbus Day Parade was postponed due to COVID, it was most appropriate to celebrate Jasper’s legacy this year, in a way that matched all the philanthropy he and his family provided the city during his lifetime. 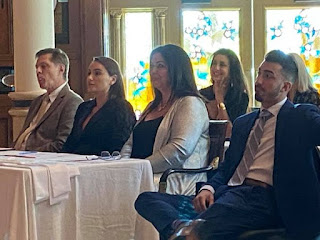 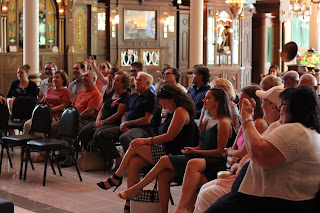 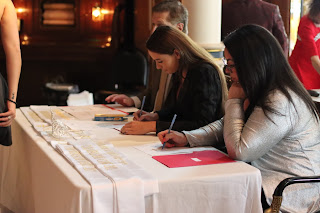 The winner was Isabella B. 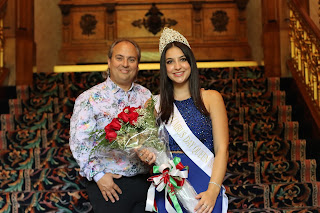 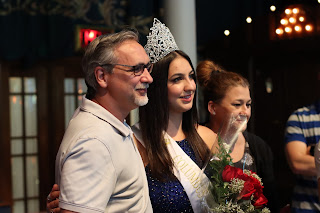 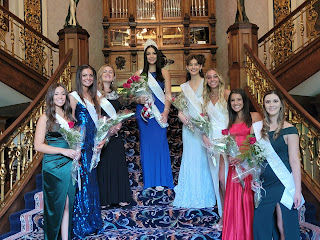 The entire Sanfilippo family is very generous in permitting the use of their estate for special events for nonprofit organizations they support. What a beautiful place to judge a competition!

Here's Ron Onesti with the Columbus Day parade queen and her court: 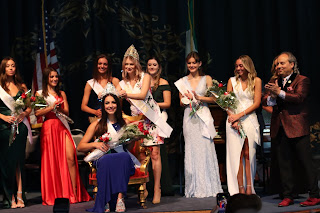 The next story that follows will look behind the scenes of the actual Columbus Day Parade.

[Special thanks to Stephanie Johnson of Onesti Entertainment for contributing to this story.]

Posted by The Buckinghams in Concert at 1:52 PM No comments: