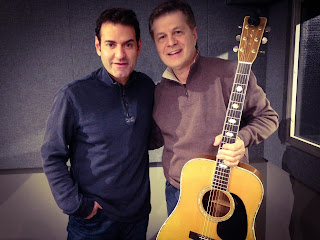 WGN Radio host Pete McMurray (above) invited Carl Giammarese to be his guest on the Monday, Nov. 25, 2013 broadcast of Pete's show (11p-2a), which followed a tremendous Chicago Blackhawks victory. Also present on the air was a longtime friend of The Buckinghams, WGN's Scott Miller, who joined Pete and Carl. It was a fun time to visit and Carl did some songs in-studio. If you missed the broadcast, here's the link to listen in here:
http://wgnradio.com/2013/11/27/carl-giammarese-the-buckinghams/

Here's a photo of Carl and Scott Miller, who was even present at the 30th Anniversary Buckinghams' concert at The Vic back in the day. 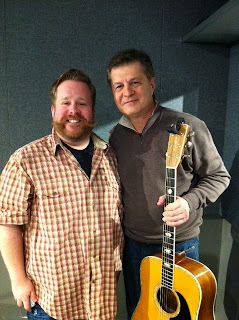 Posted by The Buckinghams in Concert at 11:17 PM No comments: