New Keep Rockin' Magazine has Feature on Carl Bonafede and the Early Days of The Buckinghams, Plus Exclusive New Beatles' Photos 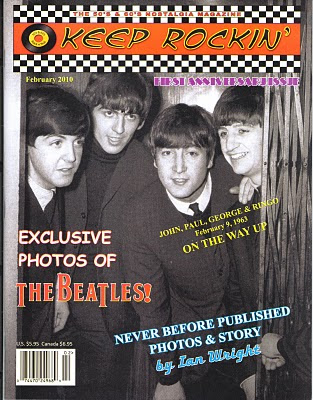 Ever heard of The Screaming Wildman of Chicago Radio?

Carl Bonafede was one of the 'most heard' voices in Chicago on any 50,000 watt station broadcasting across the country. Fast-talking, quick-witted, one-of-a-kind DJ, Bonafede was more than just a DJ.

Carl Bonafede was the manager of The Buckinghams in the 1960s, among several other popular groups of Chicagoland. He and Dan Belloc also co-produced several records on the USA label for The Buckinghams, including the #1 "Kind of a Drag".

The latest issue of Keep Rockin' Magazine has a feature story on Carl Bonafede by Dawn Lee Wakefield, as well as a cover story on never-before-seen photographs of The Beatles, and the story behind them, written by Ian Wright.

Chicago teens will also appreciate a feature by Kenn Petzke "Bandstand Matinee with Jim Lounsbury," with great nostalgic event tickets, bandstand matinee club cards, and a "I am a Jim Lounsbury Fan" pin-on lapel button. It's a great trip back to yesteryear. 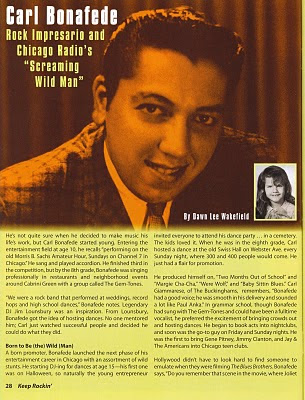 To get a copy of the magazine with more on The Buckinghams, Carl Bonafede, The Beatles and more, check out www.keeprockinmag.com.
Posted by The Buckinghams in Concert at 8:51 PM No comments: