The Buckinghams Are Back On the Road! Are You Ready? 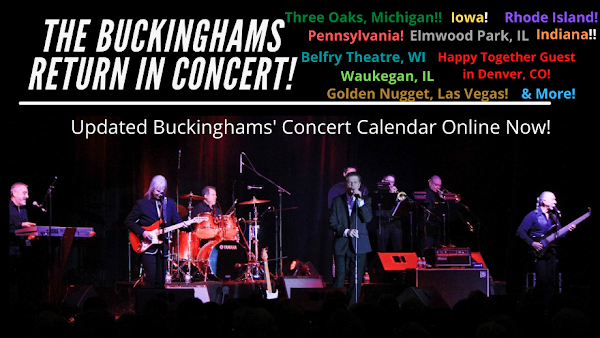 The Buckinghams are back in concert, starting in as few as 8 weeks from now. After months of agency strategic planning, innovative booking effort, and lots of patience from you the fans, Carl and Nick have released their concert dates that are as set in stone as much as can be. Concerts begin in July 2021, in Petoskey, Michigan, at the Odawa Casino and Resort and continue through the rest of the year.

Not all concerts have live ticket links posted to purchase right now. Others are starting to show live dates ticket links and The Buckinghams have two 2022 shows listed, again with more to be revealed soon.

All concert dates are still subject to change, but at this point in the scheduling year, here's what they are packing up and heading out for.

Looking at just some of the 2021 and even a few 2022 concert dates set for The Buckinghams, it's great to see this strong regional coverage, but in the month ahead, more dates will be posted around the country once confirmed. Current concerts scheduled are now found in one central place right now--on The Buckinghams' web site: here 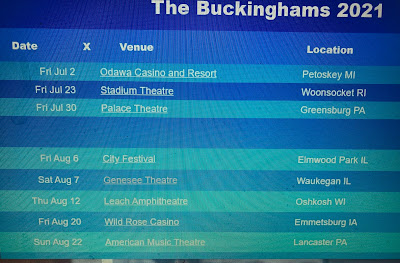 Some of these dates are currently set online with links to take you to the general concert web sites, but again, online ticket sales are not all set up yet. That's up to the venue to when they'll launch a live ticket link for their shows. You can always call the box office and ask when Buckinghams' tickets go on sale. Don't worry if the ticket link takes you to a place that is not specifically set up for tickets. You can check their regular Facebook posts when each concert goes live with their custom link.

Meanwhile, it's great to be back to thinking about live music again, so this is just the first sign of lots of great things ahead for music lovers of so many great artists. dates for the You'll see there are some favorite venues they're returning to (hello Golden Nugget tickets!), some after a few years' hiatus, and many, many more will be added as dates are re-confirmed (very soon), but this will get the fun planning started.

For current concert information, visit www.thebuckinghams.com/schedule and then check us out on:

And, as with all things in life, all dates are "subject to change," but checking in on Facebook or at the venue Box Office will guarantee that you're on your way to these great venues. Carl and Nick will also be on a few Happy Together dates as special guests this summer. Mostly, it's everyone you're used to seeing in concert (including the horns), depending on the show.

Carl and Nick extend special thanks to all of you who have stayed in touch on Facebook, sharing great memories, and sharing pictures, too, while waiting for concert dates to return. One more thing to anticipate: Carl also has some special projects to share soon, so expect some new updates coming your way! Let's get our parties started. Welcome back to the wonderful world of classic rock!
Posted by The Buckinghams in Concert at 1:36 AM No comments: 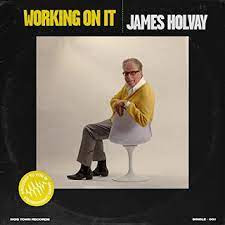 From Chicago to LA and back again, There’s magic in the air tonight and it’s thanks to a story, some 50+ years in the making, of how a group of talented musicians, many of them undiscovered, would come together, in a story of reaching the top of the charts on Billboard, Cashbox, and Record World, fueled by determination to carve out each leg of a journey that would take his songs all over the world. One man would stay the course over 50 years in between paths that kept him far from the stage and spotlights in between each foray into music. But still the music kept calling his name. When it comes to The Buckinghams, it just so happened that the body of work he wrote solo or with Gary Beisbier made possible a #1 hit record for The Buckinghams and the devotion to their music that comes from being named by Billboard Magazine as "The Most Listened to Band in America." 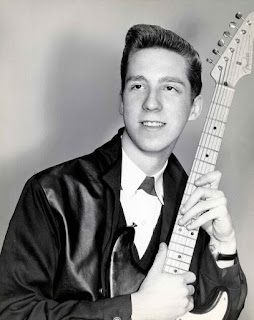 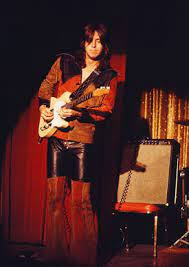 Am I talking of the music of The Buckinghams, the five-man band from Chicago who found fame and acclaim thanks in large measure to songs Holvay wrote, many together with Gary Beisbier? 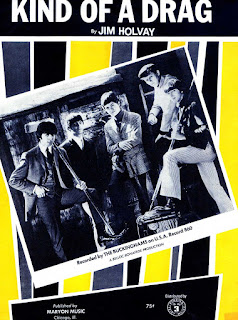 Could the magic emanate from a man who cofounded a band called The MOB, originally the first Chicago horn band to hit the streets and clubs and gain accolades for their shows vs. their record spins? 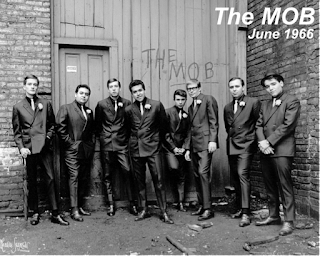 Yes, perhaps, but, could it be Holvay's own musical compositions that find a powerful sold-out stage musical "The Eastside (LA) Heartbeats," based on authentic experiences that created powerful sounds and memories coming out of Boyle Heights and east LA? 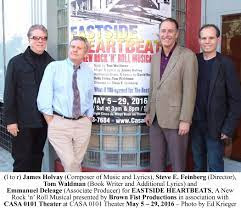 Can this same man bide his time, put his career as a musician on hold, take time out to create a family, take on and succeed powerfully at two career "day jobs" that force him to bottle up the musical genie for two decades, only to revisit his first passion for soul music, which undergirded virtually every song he wrote, in his own way?

Yes, that's right and that one man is James Steven Holvay, originally of Brookfield/Lyons Township. 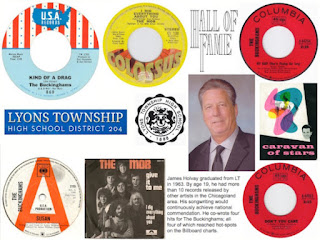 On April 16, even more fans of sweet soul music, northern soul, rhythm and blues, and all things in between are in for one sweet surprise after another, to be discovered on Holvay's new EP, "Sweet Soul Song." 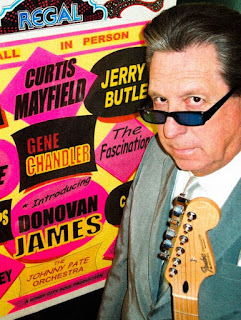 Chances are good you might have heard a track or two from the 5-song EP in the past month as a few tracks have sprung from the vault, but just in case you haven't, try this one first. The album's title track is a clear winner.

Other tracks are distinct, joyous, on target and exactly what you'd expect from man who is driven by music and has been all of his life. The price of a full-time career in music is high because it demands to be attended to. It will not be denied, the euphoric high that comes from having a pro group of musicians deliver exactly what you heard in your head. And for as long as it took, James closed the door on his muse and succeeded as a corporate executive (and a powerful motivator of all his teams) for two very large office corporations. No one there had any idea of his past background in music. Not a clue... 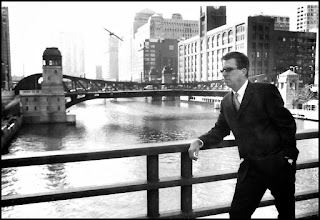 Many years later, after an important period of introspection, fueled by the love and encouragement of many close friends and family, Holvay stepped out once more into the breach, only to reveal his best work ever. You'll hear five of those songs on "Sweet Soul Song." Find the rest of James' new music on Facebook and YouTube. Download them today and understand the multifaceted soul behind the man whose stagename was very rightly "Jimmy Soul."

How to Say Thank You for the Music

If you've enjoyed the music of James Holvay these past 50-something years, here's a few ways you can let him know: 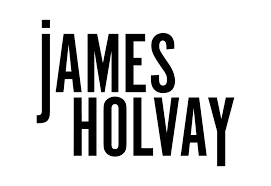 It's also a great chance to say "thank you" for all the good music so far. And, when there's an EP in sight, who knows, maybe an LP is just a song away.

[ Special thanks are due to Joseph Pytel, Chicago music historian and specialist in the topics of Carl Bonafede, The MOB, James Holvay, Gary Beisbier, and other music that relates to his diverse musical interests. So much of the historical material that has been added to YouTube is thanks to music historians sharing their photos and music with him for ultimate preservation for all to discover and enjoy. And thanks are due to Mike Baker (Forgotten 45s site) for preserving early history of The MOB ]

Posted by The Buckinghams in Concert at 11:39 PM No comments: 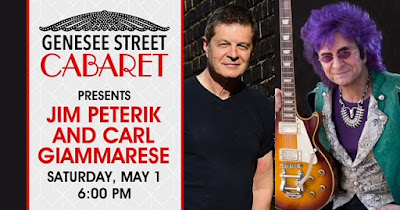 Are you ready to go back, back, back in time to when two Chicago native singer-songwriters, vocal champs, and guitar fanatics began building their repertoire of songs (and guitar collections) that would become iconic? Whether Billboard Chart toppers or deep tracks that so many Chicagoans and Midwest music lovers know by heart, these two anchors of their bands “The Ides of March” and “The Buckinghams” bring you the excitement of their respective “Cornerstones of Rock” collective show that you’ll enjoy later this year.

“Music everywhere Music fills the air Feeling it running down your spine Feel it taking over your mind Celebrate with a bottle of wine And some music everywhere.” ~~Carl Giammarese

Indeed, as Jim has written: “the search is over.” The long wait to hear two of your favorite hitmakers with songs you fell in love to, and with, and the cool stories behind the songs.

On Saturday, May 1, live music is back at the Genesee Street Cabaret! At 6:00pm for the special price of $99/person (sold in groups of 2 only), you’ll be treated to an exquisite intimate venue, with SAFE, limited socially distant seating, with free parking and tableside bar service.

ACT FAST! On opening day of ticket sales, 60% of the seats were snapped up by VIP Genesee season ticket patrons. You must act fast to secure your seats.

The only two ways to get tickets are to call the Genesee Box Office at (847) 263-6300 or send an e-mail to Tickets@GeneseeTheatre.com. At least get on the waiting list, if tickets are sold out when you reach out. The “black box” theatre gathering at Genesee Street Cabaret is located inside Three Brothers Theatre. 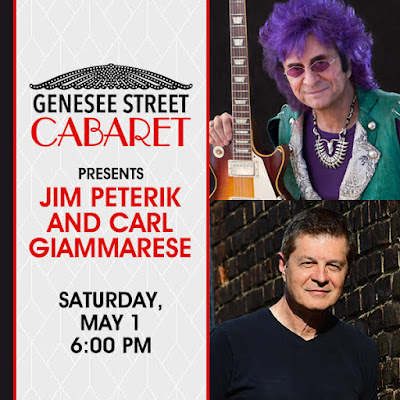 Celebrate and be confident in your very safe scene for live music and intimate gatherings. You’ll be required to enter wearing a mask. See you there!

Posted by The Buckinghams in Concert at 9:08 PM No comments: