After a 19-month hiatus from road trips Carl Giammarese and Nick Fortuna traveled to Greensburg, PA, to join the Happy Together Tour 2021 in progress for the first of four dates this summer. 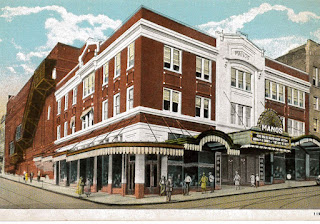 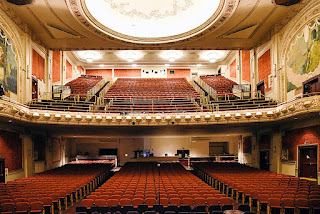 These concerts had been originally scheduled for 2020 but we all know what happened to live music last year.

This year, audiences have been even more effusive, excited, and complimentary about the chance to see live performances again. The familiar lyric from Joni Mitchell rings true: “You don’t know what you’ve got ‘til it’s gone.” (Joni Mitchell, “Big Yellow Taxi”).

The lineup for this concert included The Turtles (Mark Volman and Ron Dante), The Association, The Buckinghams, and The Cowsills. Because the tour had to cancel their entire 2020 year, the Happy Together Tour is now in their 12th anniversary year, as the first 25th anniversary of the first tour was in 2010.

Featured here is a series of songs performed by Carl and Nick at the beautiful, historic Palace Theatre, built in 1926 in Greensburg, Pennsylvania. The theatre seats 1300 guests and it is one reason that the Happy Together Tour always includes this venue on their annual locations because so many people will come to see this popular show.

The Buckinghams are most appreciative to singer Gary Puckett for taking the videos of their performance at the Palace Theatre. Gary was in town having appeared nearby a previous day, and he would be soon joining up with the Happy Together Tour in Waukegan, Illinois. He had the night off so he came to see his friends perform and we’re all thankful for the videos!

Next concert: Friday August 6, City Festival at Elmwood Park, Illinois! Check out the next story here.

Posted by The Buckinghams in Concert at 1:38 AM No comments: