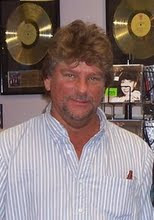 
Excerpted here...
And I was very happy to receive this note from another one of Chicago's legendary bands, The Buckinghams:
Hi Kent,
From "The Joy Of Of Christmas," I would like to feature the Buckinghams Christmas song "Have A Little Faith." It is a song of faith and hope and the promise that things will get better. I would like to dedicate it to all our fine men and women that are making the ultimate sacrifice by putting their lives on the line serving us in Iraq and Afghanistan with the hope and faith that they will soon be rejoined with there families ... our prayers are with them.
Kent, your readers can also download the track by going to www.thebuckinghams.com/20081110
Have a blessed Christmas.
Carl Giammarese

Thanks, Carl. In fact, The Buckinghams have their entire Christmas Album, "The Joy Of Christmas", available for downloading FOR FREE on their website from now until New Year's Day!!! It's a GREAT collection of Christmas classics along with some brand new Christmas music written by the band. And we are VERY happy to feature "Have A Little Faith" on the website today ... a BEAUTIFUL song that we got to see Carl perform live at this year's Rock And Roll Roots CD Release Party. Thanks again. (kk)

re: THE BUCKINGHAMS:
THANK YOU FOR GIVING THE MONKEES THEIR DUE RESPECT. I'M ASSUMING THEY'RE THE ONLY GROUP IN MUSIC HISTORY WITH FOUR #1 LP'S IN ONE YEAR!! TALK ABOUT IMPACT!! IT REMINDS ME OF THE BUCKINGHAMS, WHO SCORED FIVE TOP TEN SINGLES HERE DURING THE SAME YEAR, RIGHT?
... MICHAEL G. BUSH
The Buckinghams had an INCREDIBLE run during 1967, the same year that The Monkees hit #1 with their first FOUR LPs. The Bucks started the year off with a #1 Single, "Kind Of A Drag" and then followed that up with four more National Top Ten Singles: "Don't You Care" (#6), "Mercy, Mercy, Mercy" (#5), "Hey Baby, They're Playing Our Song" (#5) and "Susan" (#7). It's amazing to think that ANYBODY was ever releasing as many as five singles a year ... yet THESE guys were taking all five of theirs into The National Top Ten!!! (In between, "Lawdy Miss Clawdy" peaked at #39 ... and, here in Chicago, they also placed "I'll Go Crazy", "I Call Your Name" and "I've Been Wrong" in our Local Top 20 before their 1967 assault on the charts. AMAZING!!!) kk
Posted by Kent Kotal at 6:42 AM [12.14.2009]
Posted by The Buckinghams in Concert at 6:43 AM No comments: