Early Music from The Buckinghams featured in Time Out Chicago Magazine

At 2120 South Michigan Avenue, a monument and museum honor the home of Chess Records. Across the street sprout fresh cement foundations for urban condos. But four decades back, another modest music studio and label sat on that block.

Paul Glass started U.S.A. Records as an extension of his distribution biz and hired music promoter and part-time law student Jim Golden to sniff out hip teen acts to cash in on Beatlemania. With an ear for a radio hit, Golden successfully scoured suburban garages and farmland sock hops for the hottest garage rock on the Lake Michigan plain. Well, the ones that weren’t already big enough for Chicago’s larger rock imprint, Dunwich.

2131 South Michigan Avenue beautifully collects forgotten beat bands that probably ruled as pop gods in their corn towns... As with most any good collection of dusty grooves, the anecdotes and ephemera inside are half the fun.

The biggest name here is the Buckinghams, whose two cuts perfectly embody the Kinks-aping and searing bubblegum-blues rampant in ’60s pop...Other highlights include the insanely funky rhythm breaks on the Boyz’s slinky surf-pop nugget “Hard Time All Over” and the all-girl Daughters of Eve, who sound tough enough to shoot back at Phil Spector.

The crisp, blaring remastering work stuns. Bass positively bulges behind searing guitar. One of the best reissues of its ilk, this stuff tears apart the umpteen R&B revival bands of today. So what: No historic plaque marks U.S.A.’s old home. This package is memorial enough. We want to salute the American flag cover. 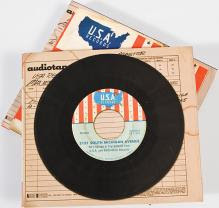 Buy it from Amazon.com

Music
The Chicagography
As TOC honors its cultural heroes, we salute the 15 greatest Chicago albums…ever!
By Music staff

The Buckinghams
Kind of a Drag (1967)
They moved a million records; the only American band to outsell them in ’67 was the Monkees. ... 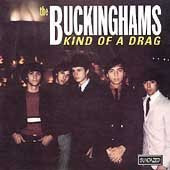