In Memory of Jimy Sohns, Shadows of Knight Frontman, Cornerstones of Rock Showman 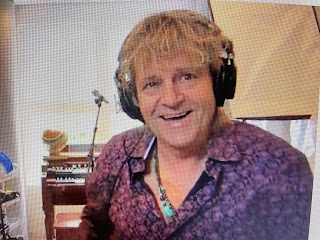 Chicago music lovers and classic rock devotees mourn the loss of Jimy Sohns, who passed away today at 5:10 p.m. this evening, following a recent stroke. The loss of Jimy, whose performances of classic favorite songs remained 100% as strong as when he first performed them in the 1960s, is still hard to believe. [Photo: Ides of March video screenshot]

At age 75, the showman was not only the lead singer of the Shadows of Knight; he was a longtime favorite key player in the preeminent ensemble best known as Chicago’s Cornerstones of Rock.

There’s no question that in the 1960s, two national capitals ruled record releases when major labels held court—New York and Los Angeles. Yet, by the mid-1960s, Chicago became an unofficial “third coast,” producing a core group of bands beloved in teen clubs and sock hops first, who eventually made their way to guest appearances on national TV shows as their songs emerged on national charts.

The Buckinghams, The Ides of March, The New Colony Six, The Shadows of Knight, The Cryan’ Shames are the core of the ubiquitous Cornerstones lineup thanks to agent Jim Lenz’ love for Chicago garage bands.

When they perform in Chicago, their usual home base is Ron Onesti's Arcada Theatre, and performances sell out each time; they've also performed in Wisconsin and Indiana as well. In September 2015, Chicago's PBS Station WTTW recorded their show and it's been seen nationally for many years during pledge drives.

Collectively and individually, these Chicago bands entered the national charts from the springboard of 50,000 Watt superstations WLS-AM and WCFL-AM, propelling the “American Garage” entries straight onto the Billboard Top 100 Charts, giving the British Invasion a run for their proverbial money.

But it was the characteristic mop top of Jimy Sohns that went into turbo drive with each Cornerstones concert. It’s true that everyone thinks of “Gloria” first, the 1966 release that blew away even the Van Morrison (Them) version of his own composition! Jimy shared his own version of the song from 1966 when they were on "Where the Action Is":

But it was also “I Got My Mojo Working” and the famous “Shake” that Jimy made his very own. Other noteworthy cuts include “I’m Gonna Make You Mine,” “Dark Side,” and “It Always Happens That Way.”

Jimy passed away today at the age of 75, just eight weeks ahead of the next Cornerstones Show, Friday, September 30th, at the La Porte (IN) Civic Auditorium. Talking by phone this afternoon, Carl Giammarese expressed these thoughts:

“Jimy’s loss from our Cornerstones team is still so very hard to accept. Not that long ago, he had made a tremendous comeback from a stroke, and we just expected him to do that again and maybe in time for our next show. There is no other frontman like Jimy; his enthusiasm for the show, his love for all the fans, and his commitment to staying true to the music our contemporaries fell in love with, and to, is unparalleled. Nick and I and our entire Buckinghams family feel his loss tremendously. He will always be with us in our hearts, every time we take the stage.” [Photograph by Jim Summaria] 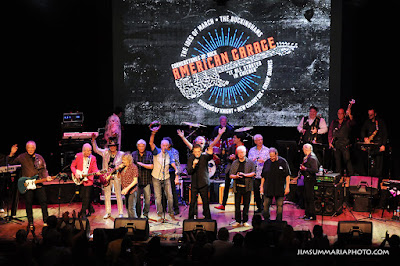 Tonight on Facebook, Jim Peterik expressed sympathy on behalf of the Ides of March:

“…The Cornerstones of Rock are missing a boulder. No one can replace him and never will. But Jimy’s voice will echo always through rock history. He’s the man - Oh Yeah, he’s the man - and he will sing forever in our hearts. Rock In Peace, Brother.”

A favorite VH1 classic shows Jimy singing “Gloria” backed up by Cheap Trick and Little Steven. The history on that stage is equally magnificent. Watch here:

Even the Pandemic didn’t stop the Cornerstones; Jimy sang lead on the video “Pandemic Blues,” as the masked-up marauders chanted “Music is the cure for the Pandemic Blues.” The Cornerstones collectively dedicated the song to the first responders, front-line heroes, and “all those who suffered loss of loved ones in these tragic times. Also dedicated to the memory of one of the true pioneers of Rock & Roll - Eddie Cochran….May we rise together in heaing.” Check it out here: 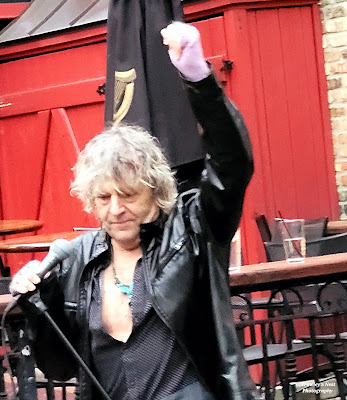 With a triumphant fist in the air and a firm grip on the microphone he owned, on the stage he ruled, stands Jimy.

It has been said that “Music gives a soul to the universe, wings to the mind, flight to the imagination, and life to everything.”

Godspeed Jimy Sohns, and thank you for all the great music.

Posted by The Buckinghams in Concert at 10:26 PM No comments: