People Who Make a Difference in Celebrating Chicago’s Rich Culture

“The activities that have been made possible for The Buckinghams as a band and me personally have been substantial this year. It’s a period of reflection for me as we’ve just celebrated Thanksgiving, we’re in the season of Hanukkah, and the Advent season where we await Christmas. At this time more than any other time of the year, I reflect on how fortunate I feel to be “from Chicago” and to have made this amazing city my home for my entire life.” Those are the words of Carl Giammarese from a recent phone interview.

It’s easy to get caught up in the hustle and bustle of “getting ready for the holidays” and the busy-ness of business, planning for concert appearances, making travel plans for the upcoming concert dates and then maintaining proficiency at keeping the highest performing caliber that audiences have come to expect.

This weekend The Buckinghams will be performing in what has come to be one of the most popular shows each year—the Cornerstones of Rock show, that started in the creative mind of the extraordinary Jim Peterik and became a reality thanks to Chicago’s most prolific impresario, Ron Onesti.

The recently updated beautiful Arcada Theatre was the original setting for the popular ensemble show featuring the icons of 1960s pop rock acts, “American Garage,” each hailing from Chicago and typically originating as a band in someone’s childhood home garage. Over more than 50 years, the bands have had varying levels of success, some on a national basis, others on a regional basis, and still some the heartbeat of Chicago’s favorite music hangouts.

But it was thanks to the hospitality of the original gifted empresario, Ron Onesti, who welcomed the bands and always made the Arcada a home base for the concerts, even when they travel regionally to stage the show. In 2022, the Cornerstones show will, once again, travel outside Chicago for appreciative audiences, thanks to the solid backing it has here.

Every day is a gift for all of us, and even since the time of the first concert, Gary Loizzo (American Breed) has passed away and others have recovered from health challenges, and it’s important to remember how much these performers love what they do and the audiences they perform for, that they want to bring their music to all at least “one more time.” And yet, the Cornerstones of Rock shows continue to sell out the Arcada.

Thanks to Ron Onesti (who’s even been known to prepare a feast for the bands to enjoy before the show) and his brother Rich, plus theatre photographer Luciano Bilotti, you’re coming home when you come to the Arcada and you’re coming home to Chicago for the Cornerstones of Rock concerts. 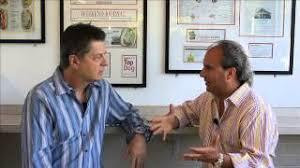 A few Cornerstones of Rock tickets remain for Saturday's show here, but they won’t last long. Concert begins at 8pm so don't be late.

Here's the Cryan' Shames, with special guest Jim Peterik, singing "I Want to Meet You," with the Shames' classic harmony blend:

Note: In accordance with the statewide indoor mask mandate, masks are required at all properties – regardless of vaccination status.

See you Saturday night and if you see Ron Onesti (who’s always at his shows), tell him thanks for bringing us back!

Posted by The Buckinghams in Concert at 10:01 PM 2 comments: