May 1st is an easy date to remember for any fans of The Buckinghams—it’s Nick Fortuna’s Birthday! Last night on 77WABC Radio, during Cousin Brucie’s Saturday Night Rock ‘n’ Roll Party, he was interviewing Carl Giammarese and they were discussing how Carl and Nick had been friends for 60 years now, going all the way back to high school. So, Carl wished Nick a very Happy Birthday coast-to-coast and Cousin Brucie wished "Cousin Nick" a great birthday as well. So, this birthday celebration began a little early this year. A very thoughtful gesture from Cousin Brucie, who's long been an advocate for the music of The Buckinghams.

So, we thought it would be fun to look at Nick’s pictures over the years. He is just like fine Italian wine—just gets better with age! 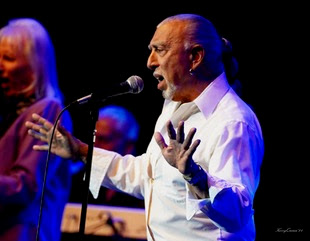 Here’s a photo by photo professional Kerry Quinn of the RI Blogger from The Buckinghams’ most recent concert (with The Box Tops) in Woonsocket, Rhode Island at the Stadium Theatre:

and another action photo she took as he imitates the host of the "Really Big Shoe": 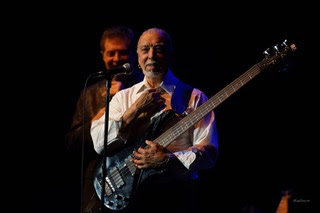 Here are a few more from recent concerts, courtesy of several different friends who’ve shared them. Thanks to Nancy for these next two picures. 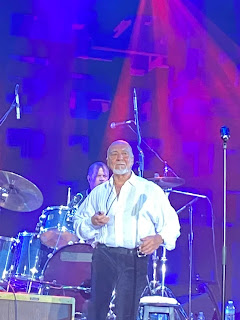 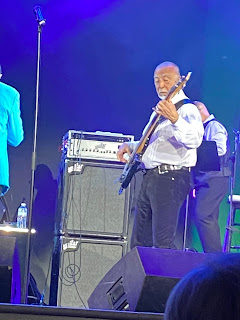 And let’s go back to the Happy Together Tour in 1985. The very first Happy Together Tour took place in 1984. The next year, the tour was sponsored by Members Only (manufacturers of men's cologne and clothing)--this was the year The Buckinghams were on the tour for the first time, together withThe Turtles and Gary Lewis & The Playboys among others. That particular year was special as it made the list of Top 10 Grossing Tours in the United States per Pollstar. You may notice a few things different about Nick's look back then: 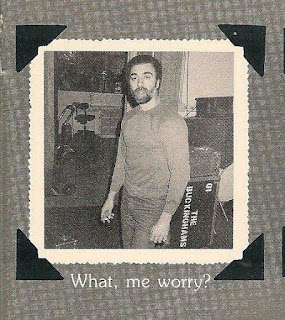 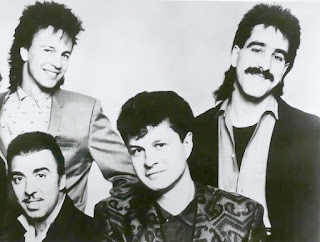 Whether or not Nick had a beard, he's always had his trademark mustache. You can still recognize Nick in any photograph, even going back to the earliest days he was in The Buckinghams. Remember he and Carl Giammarese, Jerry Elarde, and Curtis Bachman were in The Centuries, before there ever was a band called Buckinghams! Now, flash back to 1966 and 1967 and here's the Nick you first met on the scene at sock hops and All-Time Hits and the very best days of growing up in Chicago. 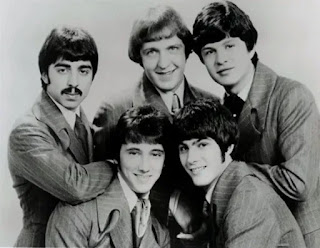 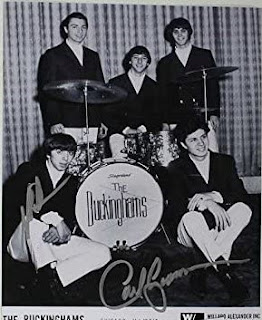 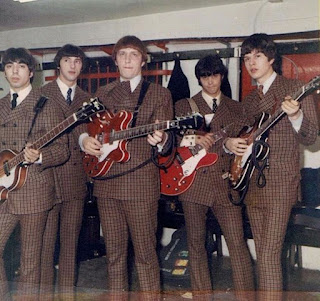 Then, our first band together, the adjective "The Fabulous" was gifted to us by our manager Carl Bonafede, but here we are as The Centuries! Carl's cousin, Jerry Elarde, was the founder of the band and the drummer plus the lead vocalist. The three guitarists are Carl Giammarese, Nick Fortuna, and Curtis Bachman. Photo courtesy of "Keep Rockin'" Magazine from October, 2009. Thanks to Liz and Lou Holly for keeping our music alive and thriving with this story they ran.

And then here’s elementary school (You can’t miss Nick in the second row). Does this man look to you like a future rock and roll star? Yeah, we think so, too! 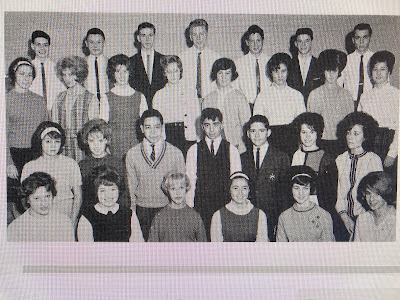 All of us in The Buckinghams extended family and friends wish Nick an outstanding and very happy birthday and your best year ever in the year ahead!

Posted by The Buckinghams in Concert at 12:00 AM No comments: