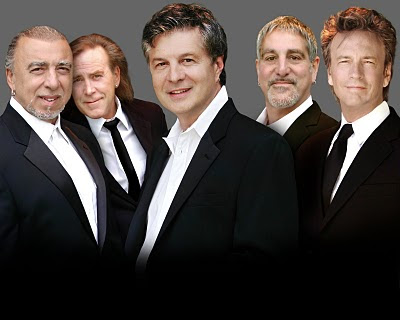 According to the Billboard Magazine music charts, today marks the 43rd anniversary of the day when "Kind of a Drag" reached the number one spot. The Top Five Songs for the Week of Feb. 18, 1967 include:

1 Kind of a Drag, The Buckinghams
2 I'm a Believer, The Monkees
3 Ruby Tuesday, The Rolling Stones
4 Georgy Girl, The Seekers
5 (We Ain't Got) Nothin' Yet, The Blues Magoos

Released originally on the USA Records label, the song was coproduced by Carl Bonafede and Dan Belloc, recorded at Chess Studios at 2120 S. Michigan Ave. in Chicago. The office and studio was designated as a Chicago Landmark in May, 1990 and is home to timeless rock, blues, and jazz classics that, like the music of The Buckinghams, remain a commodity, even 43 years after their original release date.

Columbia Records bought the masters for The Buckinghams' music after the band signed as Columbia recording artists, so you'll find Kind of a Drag as hits on both labels.

Most recently, Carl Giammarese produced a new DVD/CD "Up Close", recorded live at The Star Plaza Theatre. The video features founding members Carl Giammarese and Nick Fortuna as well as Bob Abrams, Tom Scheckel, and Bruce Soboroff in concert performing all of the favorite Buckinghams' songs as well as other favorite 60s hits. Also on the video are the Buckinghams' horns, Chuck Morgan (trombone), Carlo Isabelli (trumpet) and Rich Moore (sax), bringing back that same Chess Studios sound created by a talented team of: (1) musician, writer, and band leader Dan Belloc, who owned the Holiday Ballroom, (2) arranger Frank Tesinky and (3) founding manager, Carl Bonafede, created as a 'signature sound' for The Buckinghams, as identifiable as the band's hits, written by Jim Holvay and Gary Beisbier. The founding Buckinghams members (Carl Giammarese, Nick Fortuna, John Poulos, Dennis Tufano, and Dennis Miccolis, later replaced by Marty Grebb) created a great sound whose music performed continuously since 1986 by Giammarese, Fortuna, Scheckel, Abrams and Soboroff) continues to interest fans of a new generation, proving that time only makes great musical memories even greater.

The Buckinghams' new DVD, "Up Close" is available for order at
http://www.thebuckinghams.com/merchandise.html

43 Years Later, the hits come alive, bigger and better than ever.
Posted by The Buckinghams in Concert at 8:47 AM 1 comment: