Civic Leaders, Elected Officials, and The Buckinghams Party Like Rock Stars for a Good Cause 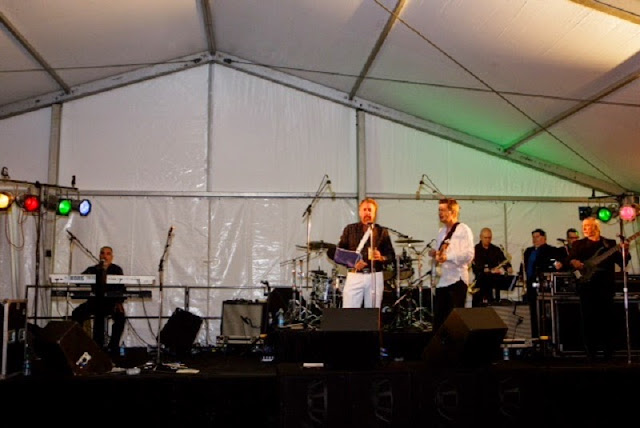 The Buckinghams are uniquely positioned as a rock band, beloved by Baby Boomers and the new Millennials alike. Politics aside, everyone who is running for office wants their guests to have a great time when they put on a fund-raiser. To read more about how The Buckinghams are invited to entertain at some of the most exciting political and civic fundraisers, 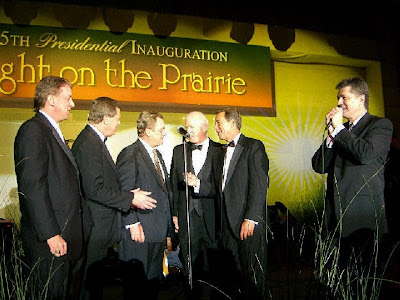 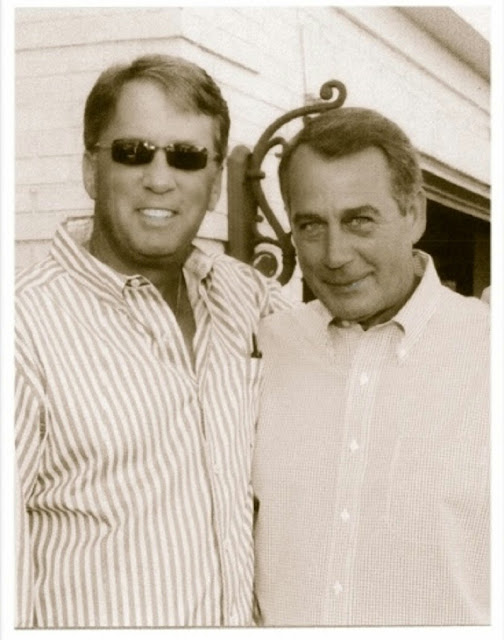 Mr. Duffy throws frequent fund-raising events and entertains dignitaries and political leaders from all over the country. One of Mr. Duffy's favored candidates is U.S. Speaker John Boehner (R), 8th Congressional District of Ohio. To read the full story on examiner.com

Click on this link: http://www.examiner.com/article/the-buckinghams-are-a-popular-choice-to-entertain-ceos-and-politicos?cid=db_articles
Posted by The Buckinghams in Concert at 8:28 AM No comments:

The pride of Chicago’s South Side, the Jackie Robinson West Little League Baseball team, is deserving of best wishes and congratulations for their outstanding achievement in becoming the 2014 U.S.Champions in the Little League World Series. 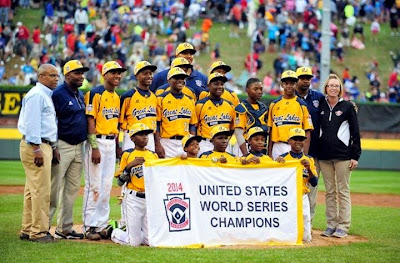 Photo courtesy of Chicago's ABC7.com web site
Little did these youngsters dream, when they picked up their first baseball, after having watched their first Cubs or White Sox game, that they’d be the ones to represent our city to the rest of the United States and be named “the best of the best”! Respect and thanks go out to each of the parents and the families of the young players and the tremendous coaching staff who have sacrificed hours, days, weeks, months and years being mentors to these wonderful children. Jackie Robinson made such a sterling contribution to the sport that we love, so it’s fitting that our Chicagoland youth bear the name of America’s favorite #42. So often we divide our city by geography as South, North or West suburbs or the direction of shore we’re from. Today, this week, this month, this season, indeed it’s South Side talent that brought honor to all of Chicagoland, and our entire city is proud of our talented young team.
Even though they didn’t win against South Korea,the team brought such distinction and honor to the United States as well, as they represented our nation professionally and played with composure and skill far beyond their young ages. It’s said that 800,000 people in Chicago watched the game this past weekend, which is almost three times bigger than the attendance for Beyonce’s concert, which supposedly 300,000 people watched. There’s no question that the 11- and 12-year-olds on the Jackie Robinson West All Stars have captured the imaginations and hearts of Chicagoans across the city. On Wednesday, they’re going to get the parade of a lifetime for our city to celebrate their accomplishments. If you want to know where the parade route is, check out the local news web sites. 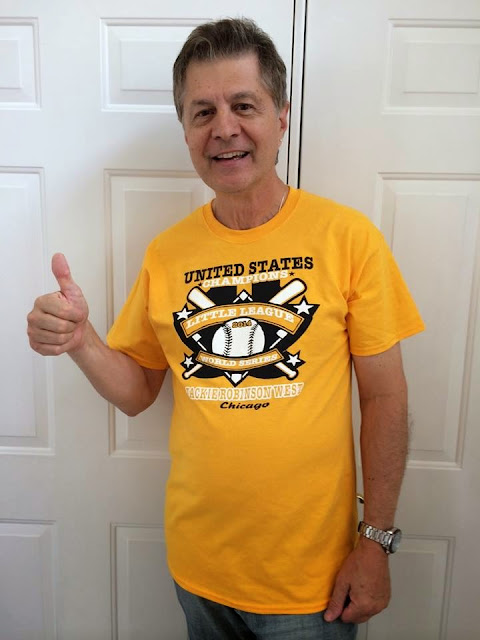 Congratulations and thanks are due to everyone involved with the Jackie Robinson West All Stars. You are U.S. Little League Champion Players, yes, we claim you in the hearts of Chicagoland, first, and we salute you.
Carl Giammarese
Posted by The Buckinghams in Concert at 9:00 PM No comments:

Our friend Karen Materik and a few of her friends came to one of The Buckinghams' favorite places to play--the Village of Bolingbrook. These are the pictures she took. Bolingbrook Mayor Roger C. Claar knows how to throw a party, no doubt about it. 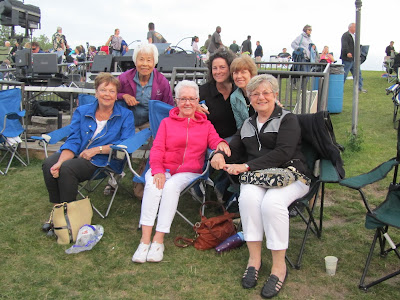 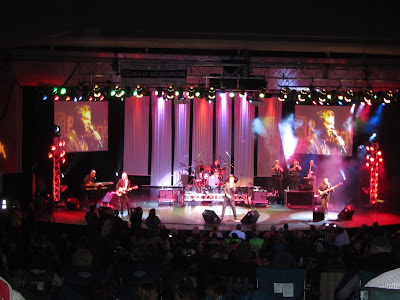 Posted by The Buckinghams in Concert at 8:13 PM No comments:

Great Memories of The Buckinghams at Bolingbrook Jubilee, August, 2014

One of the biggest highlights for The Buckinghams is to be able to get off the road and perform in their hometown, where fans who've loved them since the beginning drive over, as well as many longtime fans will cross state lines just to get to the great kind of party that Bolingbrook throws. There's not just two generations of fans here; recently a little one-year-old fan was sporting a t-shirt that said, "Future drummer." Why not? Everyone loves the drummer, right, Rocky? 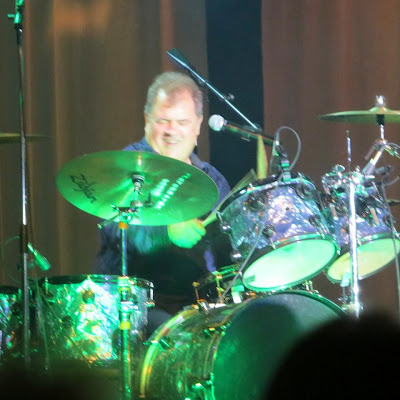 From Chicago's Holiday Ballroom to America's living room on The Ed Sullivan Show, across the USA and in the White House, The Buckinghams have stayed true to their Chicago roots. Audiences and critics have affirmed the demand for the music of The Buckinghams, proving that success is sweeter the second time around. Original founding members Carl Giammarese and Nick Fortuna continue to deliver a powerful replay of their hits and solid gold memories. 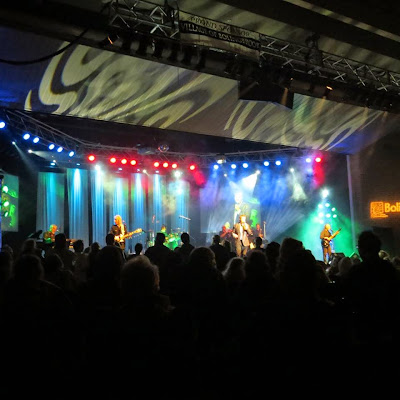 Thanks to Joni Cohen, we have some great photos from August 17, 2014 when the annual Bolingbrook (IL) Jubilee started on August 15-17. His honor, Mayor Roger Claar came to the stage to introduce The Buckinghams and he came bearing gifts. In fact, Mayor Claar brought out a big birthday cake with some (err, a few) candles to celebrate a little early with Carl Giammarese, lead singer and founding member of The Buckinghams, together with some good-natured ribbing from original member Nick Fortuna, as always. 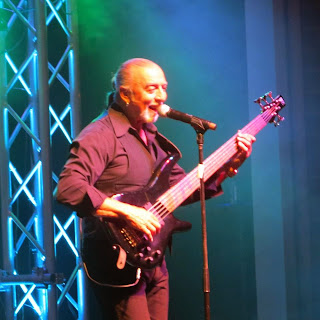 Dave Zane on guitar and vocals! 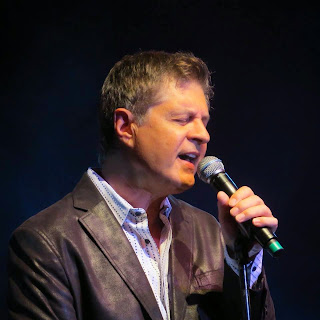 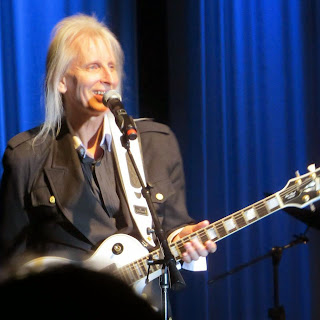 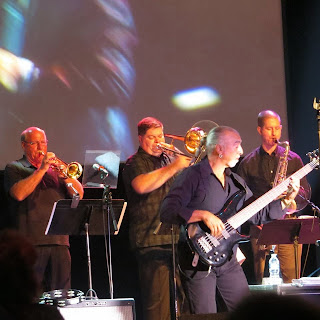 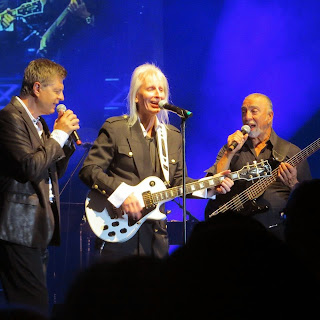 (L)The Buckinghams horns, or Buckinghorns, Carlo Isabelli (Trumpet), Charles Morgan (trombone), and Rich Moore (sax), with Nick Fortuna groovin' (R)Here's Carl, Dave and Nick singing "This Boy" issued originally by The Beatles. Bolingbrook, Illinois sure does know how to throw a party! Thanks to everyone who came out (and all of you filled up the hill), as these photos by Susan Rakis shows: 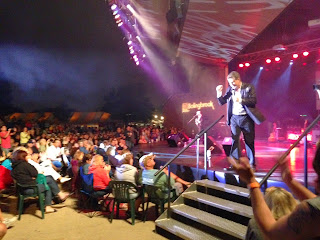 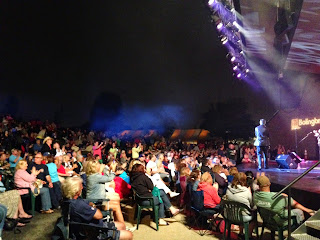 Thanks to Joni and Susan for the photos. If it's a fun summerfest, it's The Buckinghams and their friends getting together.
Posted by The Buckinghams in Concert at 4:00 PM No comments: 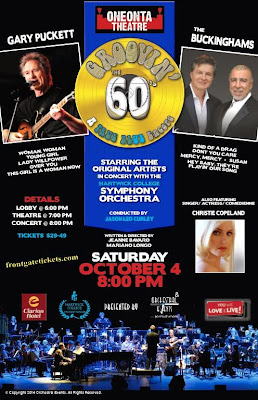 It's going to be a great night with The Buckinghams, Gary Puckett, Christi Copeland and the Hartwick College Symphony Orchestra, conducted by Jason Leo Curley. Arrangements and show concept by Mariano Longo and directed by Las Vegas' own Jeanne Bavaro. Don't miss this night. Presented by Orchestral Events. Check out http://oneontatheatre.frontgatetickets.com/choose.php?a=1&lid=97160&eid=108552 for tickets.
Posted by The Buckinghams in Concert at 9:28 PM No comments:

In October, Buckinghams' fans within driving distance of Oneonta, New York and North Tonawanda, New York, will have two chances to see and hear the fantastic "Groovin' the 60s' Evening" starring The Buckinghams, Gary Puckett and the Union Gap, and singer/comedienne, Christi Copeland.


Audiences in North Carolina saw the debut of The Buckinghams' new arrangements for orchestra and symphony, and in February, 2014, Chicago was the debut town for this special night of music you've loved for a lifetime.

If you haven't seen this show, you haven't seen THIS show before, even if you've seen The Buckinghams and Gary Puckett The popular "Groovin' the 60s" concert is not your typical double-bill night of rock and roll songs only by the bands you know and love. That would, of course, be worth seeing, but this fall, you'll have two chances to see this show. Mark your calendars for October:

Produced by Orchestral Events, arranger/conductor Mariano Longo has developed phenomenal arrangements of so many hits from the 1960s in a new show directed by Las Vegas talent, Jeanne Bavaro, and it's a must-see.  You'll see the show with a full orchestra and it will be the highlight of your New York leaf-changing tours if you time it just right.

Watched the video? Get your tickets early!

Tickets are on sale now for the beautiful Riviera Theatre and Performing Arts Center.
Click the following link to get your tickets now: http://www.rivieratheatre.org/event/groovin-the-60s/

Next week, we'll share a link for tickets to the Oneonta Theatre.

Do you have The Buckinghams' latest CD, "FlashBack!" yet? Order your copy today!

Posted by The Buckinghams in Concert at 1:22 PM No comments: