Celebrating Our Nick Fortuna Through The Years – Happy Birthday! 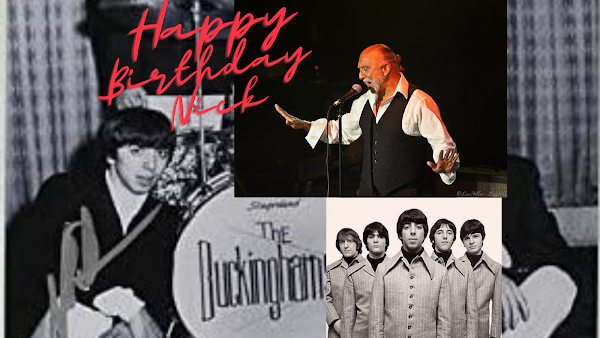 When Nick Fortuna was in high school in Chicago, life in the 1960s was pretty much standard. Guys wore blue jeans and t-shirts and worked about 30 minutes to get their hair just right. Shades of “Happy Days,” right? Well, not exactly. You were known by what side of town you were from, what your neighborhood was, where you went to high school, and what kind of music you liked. 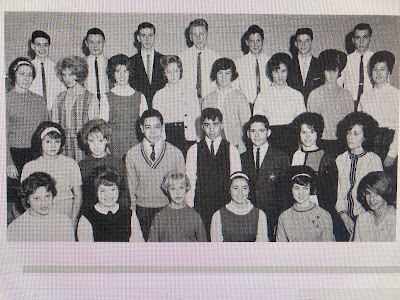 So, looking at the 1963 photo above, how long did it take you to find Nick Fortuna? Not too much has changed, except the biceps, from back in the day at Niles West High School.

In the early 1960s, you’d find a little of everything on the airwaves of WLS-AM and WCFL-AM Radio stations and on WGN-TV. And, in February 1964, when The Beatles landed in America, everything changed. Every teenage guy wanted to play in a band, or have a band, or be seen in a band—one of those—that was having just as much fun making music as The Beatles were having back then.

Here's Nick in his first band, The Centuries, having been invited by Carl's cousin, Gerald Elarde, to join him and Gerald's friend, Curtis Bachman, and Carl, ca. 1963/1964. Originally, they were known as The Kingsmen, and they were managed by the one and only Screamin' Wildman himself, Carl Bonafede, but that's another story for another time. 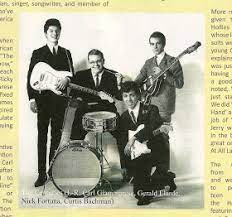 There was one band, among several competing bands that played the various teen hops and ballrooms in the day, and they were known as The Pulsations. Curtis Bachman was invited to join them, so that left The Centuries needing a bass player, so Nick went from guitar to bass. He'd only been playing bass a little while when The Pulsations (John Poulos, Dennis Tufano, and others) invited Carl to play guitar with them. As life turned out, that ended The Centuries, but Gerald went on to have a lifelong career performing music in Chicago. Eventually when Curtis Bachman left The Pulsations for a rock band with a harder sound beyond The Beatles, Carl suggested Nick to John Poulos. He and Dennis and original lead singer, George LeGros, agreed. By week 4 of "All Time Hits" Nick was a Pulsation, for about one minute.

At first The Pulsations had this look:

The show's producers decided they wanted a band name for their group that sounded more British. John Opager, a security guard at WGN suggested several names to the guys and they chose The Buckinghams. However, The first thing The Buckinghams needed to do was to transform their “greaser looks” of having all their hair piled on top of their heads to the simple mop-top look of The Beatles.

The band lucked out because after Nick had graduated from high school, his parents encouraged him (strongly) to learn a trade just in case “this music thing didn’t work out”), so he went to beauty school and became a licensed barber in between playing music. 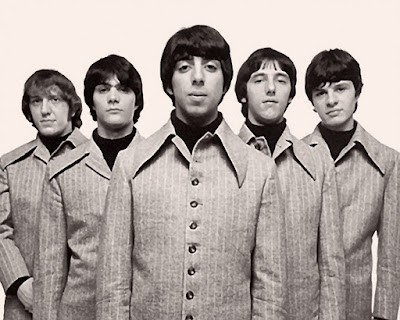 He cut all the guys’ hair for them so they didn’t have the hassle of trying to maintain that Liverpool look while on the road. Never asked him whether they tipped him or not for doing such a great job on their hair. What do you think they did? 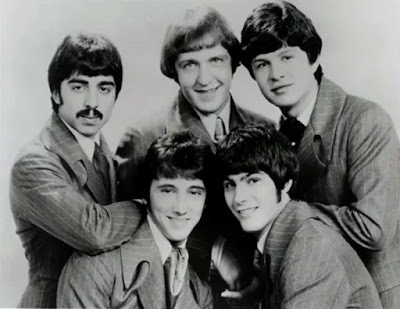 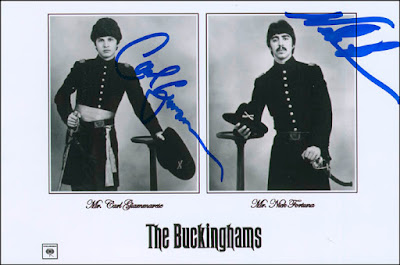 Now jump forward to 1985, and the nation was being rocked by a conglomeration of bands known as The Happy Together Tour. 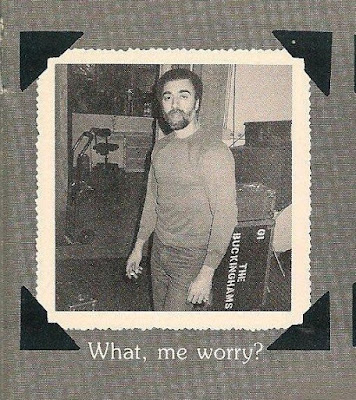 On the Happy Together Tour in 1985, it’s hard to say who had the longest hair but we know the answer today. 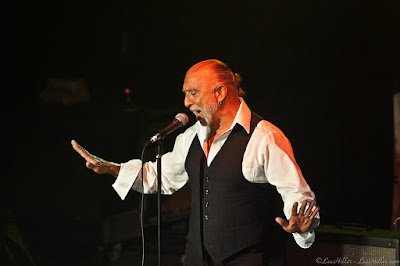 In the soon-to-be-completed “Dick Biondi Film,” the documentary created and directed by Pam Pulice has a great segment with Nick talking about Chicago’s most beloved DJ, Dick Biondi (aka “The Wild Itralian”). 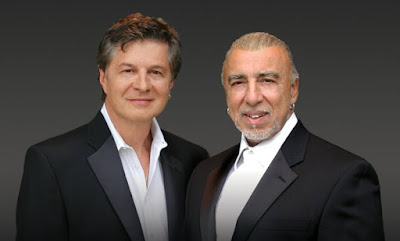 As of early July, you will be able to see Nick and the rest of the band in person as live concerts are “almost back” for good. Stay tuned to Facebook Events for The Buckinghams or visit their website at www.thebuckinghams.com/schedule

Feel free to wish Nick a happy birthday in the Comments section of this post.

Posted by The Buckinghams in Concert at 1:03 AM No comments: