San Bernardino: Turtles and Buckinghams are Happy Together

By LYNN LIEU
Special to The Press-Enterprise

The Turtles, The Grass Roots and The Buckinghams are bringing back the '60s and '70s on Saturday in a greatest hits concert at the California Theatre of the Performing Arts.

"We've all been friends for many years, there's no doubt about it," said Mark Volman of The Turtles. "This is going to be a show that centers itself around the greatest hits of each group. I think audiences like that because there won't be a lot of filler music. When you narrow it down and each group gets to play their best songs, people really enjoy that." 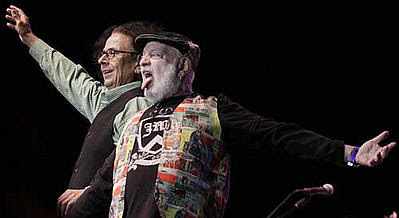 Rodrigo Pena / Special to The Press-Enterprise
Mark Volman, left, a.k.a. "Flo" and Howard Kaylan, right, a.k.a. "Eddie" from The Turtles, perform during the Happy Together Tour at the Soboba Casino in San Jacinto on Sunday.

Carl Giammarese, of The Buckinghams, agreed.

"It's always great to do a show with The Turtles and The Grass Roots," he said. "They've had a lot of hits also and it's just a show with one hit after another. They like us have a pretty energetic show."

Both Volman and Giammarese believe the bands are able to survive after so many years because of the fans.

"Most of the fans that will be there have grown up with these acts. There's a relationship between the audience and the songs," Volman said. "That's what makes them keep coming back year after year and that's why these groups can play year after year ... The Turtles are going to be doing close to 75 concerts this year."

"The audience that's there is to hear you and your music, your songs. It's really fun for us and hopefully for the audience," Giammarese said. "The shows now have a lot to do with bringing back a lot of great memories. We always do a meet-and-greet after the show and it's always great to have people come up to you and tell you their memories. So, it's always about bringing that and hopefully good memories."

The Turtles and The Buckinghams continue to create and write new music. Giammarese is also expecting to release his autobiography soon. 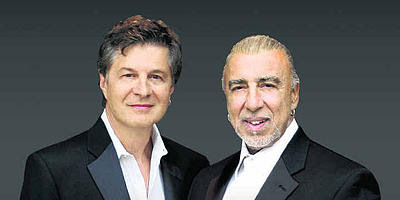 The Buckinghams, The Grass Roots and the Turtles

Posted by The Buckinghams in Concert at 12:47 AM No comments: