In the noted "Swingin' Showbiz Saga," by David Letterman's sidekick and leader of the CBS Orchestra, Paul Shaffer, music of The Buckinghams is mentioned twice in "We'll Be Here for the Rest of Our Lives." The 2009 book is published by Flying Dolphin Press and is coauthored by Paul Shaffer and David Ritz.

Page 67 notes that after high school graduation, Paul Shaffer listened to WLS radio in Chicago all the way from his hometown of Thunder Bay, Ontario, Canada. In Chapter 26, "Divided Soul," Shaffer speaks of his dilemma in having been asked to be musical director for the upcoming Blues Brothers movie, but the overlapping request from Gilda Radner to write songs with her and coproduce her album on a record deal she'd just been signed to develop.

Shaffer's work on The Blues Brothers Movie project was substantial enough to the point where, in Shaffer's own words (pp. 185-186)

"As the script started shaping up, it became clear that the band would play an important part. Reassembling the band would, in fact, provide the spine of the story. Danny wrote a scene for me where, appropriately enough, I was playing piano in a lounge in Chicago. The scene would climax with me, Danny, and John performing the Buckinghams' "Kind of a Drag." I looked forward to being in a big Hollywood movie."

But, a longtime friend, Gilda Radner, stepped in and asked Shaffer's help, and when he tried to work on both projects, John Belushi decided to replace him. For Shaffer, that was indeed kind of a drag...
Posted by The Buckinghams in Concert at 7:34 PM No comments:

The annual Christmas toy drive held by WLS Radio and favorite DJ Dick Biondi goes on all day today, November 27th, until 10 pm at the Stratford Square Mall in Bloomingdale. Carl Giammarese will be stopping by around 12 noon in the Sears court area. One of the toy drive's sponsors, The NECA & IBEW, made a very generous $5,000 cash donation to provide children's toys. Other sponsors include Horwitz, Horwitz & Associates attorneys, and Fisher-Price. If you can't get to the Stratford Mall in person, 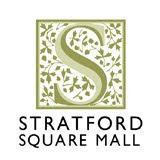 tune in to www.947trueoldies.com and listen online. Stay tuned to 94.7 for announcements of additional toy drive locations during the holiday season.
Posted by The Buckinghams in Concert at 8:41 AM No comments: