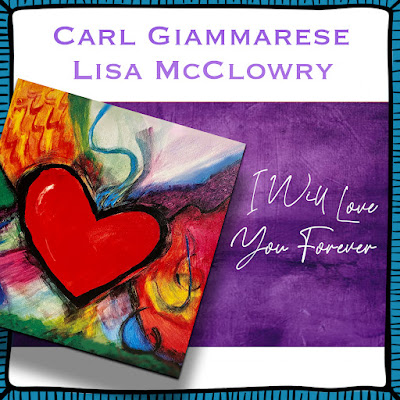 One of the best things about being a creative artist is that the New Year is a time to look back at the preceding 365 days and assess where you’ve grown and stretched the preceding year. Asking yourself frankly, “So what did you do last year?” “Did you change any lives? “Did you tackle any new challenges?” you must answer honestly.

For an established musician or band, almost anytime you take a step away from “home base,” or the thing that audiences and fans know you for, you take a chance. What if, someone decides it’s a little different, or far afield, from what you’ve done before? What if, it showcases you in a brand new light? What happens to the original thing you’ve come to be known for? The answer is: You just made “great” become “greater.”

Simply put, it’s like the Grammy-winning Jim Peterik model of music. One day, he cowrites a new song with Brian Wilson for The Beach Boys (“That’s Why God Made the Radio”), or he presents his World Stage Project, or he does a video for his song “Prom Night in Pontiac” and then he’s off to perform with his fellow band members of 50+ years, The Ides of March, for a Cornerstones of Rock concert, and a few months before, he’s teamed up with fellow singer-songwriter Carl Giammarese in one of the shows they staged in Chicagoland in 2021: “Stories Behind the Songs.”

Bottom line: innovative performers need room (i.e., audience permission) to stretch, to grow, and to improve and to continue doing what they love best every day, without being confined to a singular musical framework under which we know them best. All this leads to our New Year’s Eve story of fortuitous happenstance and a new collaboration that has been part of a dynamic year of creativity for Carl Giammarese. As most worldwide music tours were on hold as the nation learned to adjust a little longer to the safety issues brought about by safety against COVID-19 variants, there was more “at home in the studio” time that Carl invested in building music projects he’d had on his desk to “do someday.”

Thanks to his having built his own recording studio at home, Giammarese’s ability to create new music extended beyond his guitar and a legal pad. His most recent solo project, “Living in the Moment” contained ten new love songs he wrote, while reflecting on his career up to 2016. His gratitude for being able to spend the past five decades doing what he loved every day of his life, performing with The Buckinghams, was enhanced by his newfound acceptance as a songwriter who really had something to say.

Fellow musician, Jim Peterik, iconic for multitasking creating new music, continuing hit songs with The Ides of March, producing and showcasing new artists to Chicagoland, some on his World Stage projects, and writing contemporary chart hits with other established hitmakers (e.g., The Beach Boys) are all part of his daily workweek.

It was Peterik who was among the first to encourage Carl to break out and continue as a songwriter, after having heard “Living in the Moment.” In the year 2020 Giammarese had the opportunity to put on his producer’s hat for two albums of originals and covers in the country-western genre from former Chicago resident and good friend, Ron Materick. Jim and Carl also performed together in 2021 for three sold-out audiences with their show, “Stories Behind the Songs” for appreciative audiences.

Carl then invited his cousin Gerald Elarde (original founder of The Centuries band) to sing on some tracks that he produced. The collaboration was dynamic and they’re on Spotify if you want to check them out.

Next, filmmaker Greg Bizarro (Jaffe Productions) suggested to Giammarese that he hear the work of singer Lisa McClowry, who calls Chicago home currently, as he thought there was a special potential blend to their voices. Without meeting in person, in this day of technical wizardry, a collaboration began. Lisa suggested a new arrangement for “Don’t You Care,” a signature hit for The Buckinghams (written by James Holvay and Gary Beisbier), a song Carl had been singing fulltime for over 40 years.

Willing to try something new, though, Giammarese and McClowry worked back and forth by phone and e-mail and their first song, “Don’t You Care” resulted. Buckinghams’ fans were enthusiastic and appreciative for the new music. McClowry is a respected singer and collaborator on many music projects among Chicago’s musicians. Following the debut of the song, a virtual official video was constructed and both singers liked the feedback they got.

A second collaboration on the Melody Gardot-Sting hit, “Little Something” proved successful for Giammarese and McClowry. The new collaboration had already been doubly productive and the two singers had still not met in person due to Lisa’s busy travel schedule as part of the highly respected Legends showcase, a tribute to the icon herself, Cher. Coincidentally, in the 1960s, Sonny & Cher were on tour on the same package shows with The Buckinghams for a time.

In the meantime, Carl had also been working on a driving dynamic duet with Chicago-based singer Dave Mikulskis. Of course, this is what you do if you’re a musician during a world pandemic, right? More on that later.

Carl had been reviewing songs he’d written recently and sent Lisa a track for review. She loved the song and suggested they rewrite some of the words to turn it into a duet vs. a solo song. Carl agreed and on January 1, 2022, their newly coauthored song, “I Will Love You Forever” drops across all digital streaming services. The duo could not be more excited for audiences to hear their collaboration.

The multitalented McClowry also designed the cover art as she called on other of her gifts and talents as an artist who studied at Chicago’s prestigious Art Institute.

Noted producer John Blasucci, keyboardist for the Dennis DeYoung band and gifted creator of the brilliant ensemble Luminare (currently based in Utah) added his skills to the track, and the result is your New Year’s Day gift from Giammarese and McClowry.

You’ll get to preview the track if you tune into the Steve King and Johnnie Putman show on WGN Radio (720 AM) starting at 3:00 p.m. Friday, December 30th. Both Carl and Lisa will be guests of Steve and Johnnie’s show at approximately 6:15 p.m. A few giveaways are promised, too.

Check out the debut of their new single, and then you can go to Facebook/YouTube/Spotify/Pandora/Apple Music or wherever you hear your digital streaming, starting on New Year’s Day 2022 and save the song to your Likes and your Library.

So much creativity in the air from 2021 bodes well for exciting new outcomes for 2022. The Buckinghams will be on Concerts at Sea later in January, plus they will be special guests of America (on their 50th Anniversary Tour) on Saturday, Feb. 12 at the Genesee Theatre in Waukegan, IL. UPDATE! In case you missed hearing Steve and Johnnie's interview with Carl and Lisa on New Year's Eve, visit this link to hear the interview.

Posted by The Buckinghams in Concert at 9:49 PM No comments: