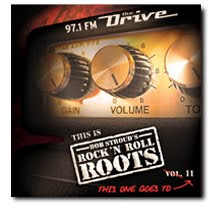 To Get There From Here:

Bob Stroud leads the annual party which, this year, benefits LifeSource, Chicagoland's Blood Center. Among the entertainers scheduled to perform at Stroud's unveiling of his 2009 CD release are Carl Giammarese, Bob Abrams, and Bruce Soboroff of The Buckinghams.

Carl Giammarese vocals and guitar, Bob Abrams, guitar and vocals, Bruce Soboroff, keyboard and vocals, Bob Stroud on tambourine and vocals and guest vocals, Jim Peterik of the Ides of March and members of The Cryan' Shames. Tunes include "Don't You Care" and "Kind of a Drag."
YouTube URL:
http://www.youtube.com/watch?v=W-CzJohriz4

Check out The Buckinghams, live, unplugged, at Border's this Sunday and get your copy of Vol. 11 while supplies last. 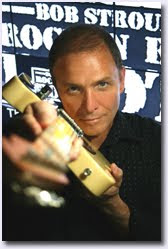 Be part of the Stroud Crowd
Posted by The Buckinghams in Concert at 8:06 PM No comments:

Mayfair Park in Westchester Village, Illinois will be part of a week-long event honoring Vietnam Veterans. On Friday, November 6th, The Buckinghams and the Ides of March will be featured entertainment in a benefit concert for the Wounded Heroes Foundation, which provides injured men and women of the armed forces with care packages.

From online web stories:
“Bringing The Moving Wall to our community to honor and respect those that have made the ultimate sacrifice provides our residents and neighbors with an opportunity they would never otherwise have,” states Village President Sam Pulia.

“It will be a privilege to count you among those who witness and experience The Moving Wall in the village of Westchester.” Westchester Moving Wall events opened with:

• A presentation by Roger Mattingly, a military photographer for Stars and Stripes during the Vietnam War on Thursday, Nov. 5

Coming up:
• Memorial presentation with keynote speaker, Tammy Duckworth, assistant secretary of public and intergovernmental affairs for the U.S. Department of Veterans Affairs, Saturday, Nov. 7. Many other honored guests will be present for the ceremony.

• 20th Annual Veterans Day Race, Sunday, Nov. 8. The race will include a 1st Place prize and a grand raffle. The proceeds from this race will also go toward the Wounded Heroes Foundation.

For more information about The Moving Wall, now in its 25th anniversary year and for a complete list of events please visit Westchester Chamber of Commerce at www.westchesterchamber.org. The Moving Wall was first built by Vietnam veteran volunteers after seeing the Vietnam Veterans Memorial in Washington DC. Veterans John Devitt, Norris Shears, Gerry Haver, and other Vietnam veterans built the Moving Wall, which was publicly displayed in 1984 for the first time in Tyler, Texas. Two structures of this wall travel the country from April through November.

When The Buckinghams performed in Panama City Beach, Florida last November, The Moving Wall was on display there outside the civic center marina. The Buckinghams continue to remember Veterans Day each year and salute the men and women of the armed forces regularly at concerts, expressing appreciation for their service to the United States.

For the full story, visit
http://www.pioneerlocal.com/lagrange/news/community/1853870,lg-movingwall-1029090-s1.article

The story of the moving wall is found at http://www.themovingwall.org
Posted by The Buckinghams in Concert at 6:29 AM No comments: