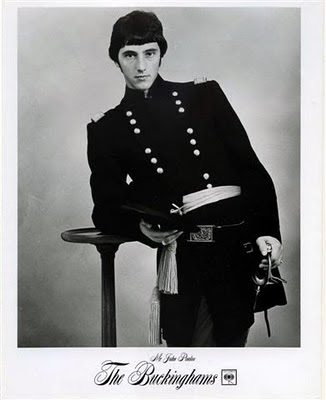 Five days before his 33rd birthday, we lost John Poulos, a dear friend who was like a brother to us, as well as The Buckinghams’ drummer. Often described as the heartbeat of our band, he was known to most Buckinghams’ fans of the 60s simply as Jon-Jon.

To know John was to love him. With his outgoing personality, he never met a stranger. His talent is remembered best in the style he displayed on drum fills and riffs on our hits, including “Don’t You Care,” “Hey Baby, They’re Playing Our Song,” and “Kind of a Drag.” 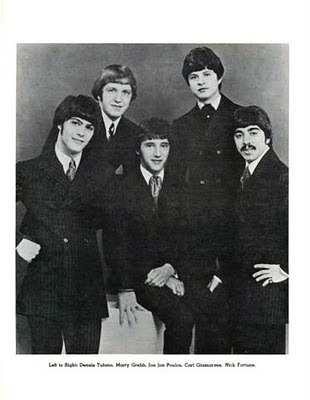 It’s not surprising that Jon-Jon was included as one of the Top 10 drummers in Modern Drummer Magazine. Contemporary MySpace profiles of aspiring amateur and professional musicians today include the name John Poulos among their musical influences. That’s an honor both fitting and accurate for a musician who was truly one of a kind.

Nick and I recall that one of John’s own musical influences was Bobby Elliot, drummer for The Hollies, whose signature beret and tossing of his head in time to the beat marked an external rhythm, which kept time to the beat he was sharing on the skins. Next, Ringo Starr had a similar distinctive trait that set him apart from the other 3 Beatles. It was a look, a style, an attitude that said, “I’m not exactly like the other ones. I’m following...my own different drummer.” 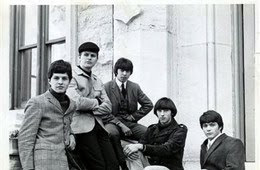 As founding members of The Buckinghams, we had the chance to spend years together on the road, in recording studios, and in our family’s homes. John grew up the youngest child in a family of proud Greek heritage. His olive complexion and bright eyes set him apart on stage. He was insistent in wanting The Buckinghams to have “a look” just as importantly as “the sound” as dual components of who we were as a band.

When John was around, we truly were a band of brothers, though none of us were related. His wild sense of humor made the long days on the road bearable and his indefatigable spirit reminded us that optimism is a more powerful attitude than cynicism.

When The Buckinghams broke up and Nick departed for a career in R&B and Marty wanted to go a different direction, Dennis Tufano and I decided to form a duo, Dennis and Carl. We put together a demo CD, with the help of Peter Shelton and his wife, and John determined to manage us and find us a recording deal. Reaching for the stars, he reached a zenith: John brought us to Ode Records, where we signed with Lou Adler, became “Tufano and Giammarese” and spent 7 years of our career together.

As we toured the country, John searched for a new identity and became a band manager, and saw he preferred the business side of the music industry, making friends, doing deals, and putting people together. One of his bands, “The Boyzz from Illinoizz” is still in concert, reunited by Michael Tafoya and friends. Coincidentally, before joining The Buckinghams, drummer Tom Scheckel had played for The Boyzz, though not when drummer John managed and promoted them. Everything comes full circle, given time.

John was a casualty of the rock music scene of the late 1970s. His strength was tested in his battle with drugs and alcohol, and the greatest tragedy in my life personally was to receive a call that he was simply ‘gone.’ Staring into blank space, searching for answers as to how, why, and what if, I experienced a turning point in my life.

From that day forward I determined to make every decision count, to preserve and maintain friendships and business relationships that were positive and building. Determined—not to waste a minute in remorse, but instead to remember John, with love, and with kindness, in honor and tribute to a young life, most of which was lived well, with devotion to his friends and family, whose spirit stays with Nick and me, every time we take the stage.

John’s greatest dream, unfulfilled from 1970 when we broke up, until August, 1980 when Dennis, Nick and I reunited for ChicagoFest, was to get the band back together, at least one more time. John died only five months before his dream for us came true. For the past 30 years, Nick and I have had the joy of performing for our fans, the way John could not. We feel like he’s with us at the best times of our career, and in the days and nights when we face challenges, our faith is such that we feel he is by our side, over our shoulder, like a big brother would be, and we feel his love. 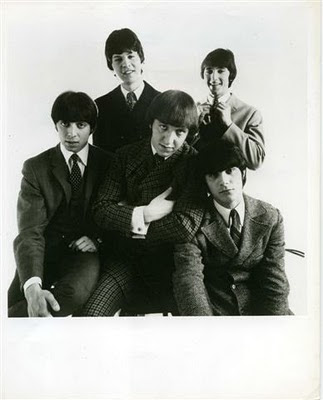 This day marks 30 years we’ve been without him. In the autumn of our lives, as we reach back to remember him, we know that one day we will all be together again, and it’s not hard to imagine him counting us off, yet one more time, as we break into song. Godspeed Jon-Jon, you remain forever in our hearts.

[Excerpted from “My Journey with The Buckinghams”, the forthcoming book by Carl Giammarese and Dawn Lee Wakefield]
Posted by The Buckinghams in Concert at 8:41 AM