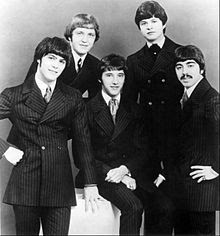 On the first day of a new year and a new decade, friends and family of Marty Grebb read a post on his Facebook page that sparked instant concern. The composition he shared had required much thought, and in it, Marty shared his love, regard, concern, and caring for virtually every person he’d worked with professionally, loved in his lifetime, and showed how deep his feelings ran for an earlier day and time when his body and mind were not wracked in pain by the five types of cancer he said he’d battled over time.

The outpouring of love and support, expressions of concern, reminders of so many who had friended him on Facebook and felt as though they’d really known him, were nothing short of amazing. Offers of “please call me” or “we are worried about you” or “hang on, brother, we are here” filled the comments section. If there were a point in time when he was wavering in his attitude about what his plan was, everyone did whatever they could yesterday, New Year’s Day, to show their support for Marty and express their best wishes. His voice mail was reportedly full with messages from people who expressed their concern and undoubtedly asking him to return their calls and let them know “how he was.”

Marty said clearly how he was in his post. He was in pain. His own words are the important ones to contemplate, not anyone else’s as commentary about how they thought he felt. He said it specifically. And, it wasn’t 12 hours before someone posted they learned he was gone, although it will be Thursday before any official notice appears online.

His talents in music were innumerable, but he sang, played keyboards, especially the Hammond B-3, saxophone, and guitar; he composed, he was an arranger, and he performed as an integral part of many bands during his career. Hailing from Blue Island, on the South Side of Chicago, Marty’s parents were both musicians. His father Harry played professionally and his mother Armella (“Mel”) taught piano and co-owned a music store. Marty even studied at the American Conservatory of Music. 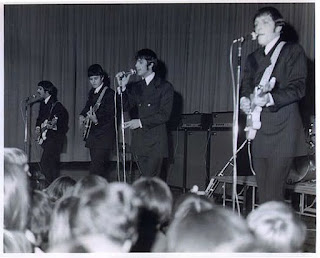 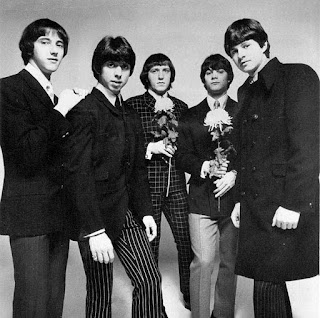 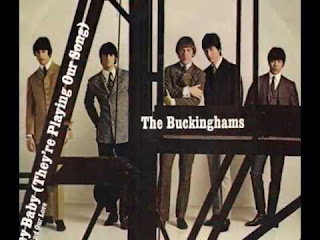 Although not a complete list of all Marty’s musical involvements, I wanted to list a few. Before he was ever a Buckingham, Marty was one of The Exceptions. He was two years older than most of us (which meant light years ahead in music practice, skill, and refined talent), and it showed in his performance. Paired with Kal David (David Raskin), Peter Cetera, and Denny Ebert, Marty was in Kal David and The Exceptions. Their PR photos showed four handsome young men in nice matching suits. They were always playing at the more adult clubs in Chicago neighborhoods, compared to the teenage audiences and venues we’d play in Old Town, Rush Street, and various ballrooms.

But, when our song “Kind of a Drag” became number one on the Billboard Charts, we found ourselves in need of a keyboard player, as our original one, Dennis Miccolis, had decided to enter college studies. Marty was better than we were at our instruments, but still he never made us feel inferior about it. He was an easy guy to be around, although early on he was very different from the rest of us in his attitude about what people thought of “pop music” and musicians with Beatle haircuts.

When we traveled, he loved the nightlife and seemingly required no sleep. I say that as our former tour manager, Peter Shelton, used to see him come in from an evening about 4 am and since we’d all have to leave at 6 am the “next” day, Marty would shower, get fully dressed for travel (back in the days when we all dressed up to travel on airplanes) and then he’d lie down on top of his bed and sleep for 2 hours. When Peter would knock on his door, Marty simply stood up, grabbed his hat, and he was ready to go. He loved the nights more than the days, to be sure. 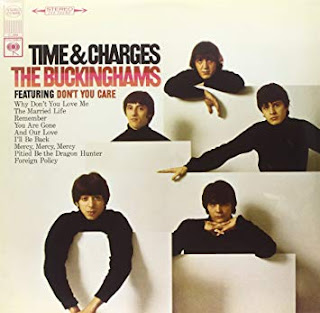 Our greatest musical successes centered on songs written by James Holvay ("Kind of a Drag"), and during Marty's time three songs by James Holvay and Gary Beisbier ("Don't You Care," "Hey Baby, They're Playing Our Song," and "Susan"), and we all got lucky with our version of "Mercy, Mercy, Mercy," as there were seven artists who released that same song that year. 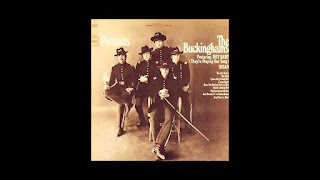 Our first album for Columbia, “Time and Charges” was a new experience for us, recording in New York (Marty was not on the USA Records “Kind of a Drag” album or any of those tracks recorded at Chess Studios), but when it came time for our sophomore album for Columbia Records, “Portraits,” Marty took charge willingly of the content—the concept, theme, substance of the songs, having written several that were on there, and occasionally “gifting” some of us with co-writing credits because that’s just the kind of guy he was.

We “studied” or prepared to bring this idea to life, first by sitting in the middle of a living room floor in the Hollywood Hills, in a home James Guercio had rented for us, and we played The Beatles’ “Sgt. Pepper” album so many times that we all felt fully inspired. 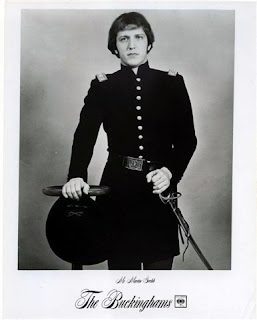 Of course there were some other things around the room that provided a little extra inspiration, but the point was that all five of us were together, united, acting in concert with each other with no acrimony at all. That time was probably the time when we were the closest to a “band of brothers” that people seem to think all bands were like at that time. His contributions to our success were great for the 22 months he was with us. 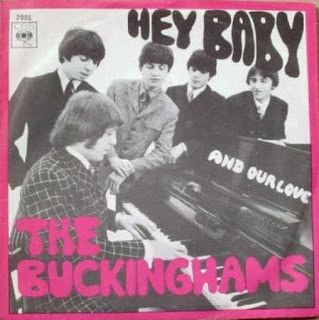 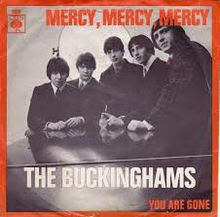 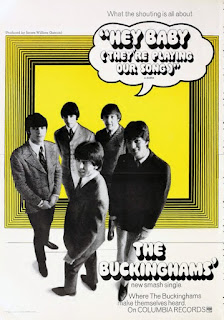 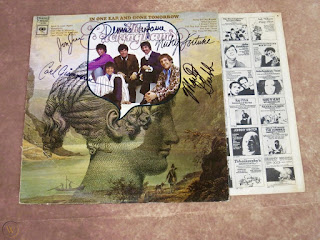 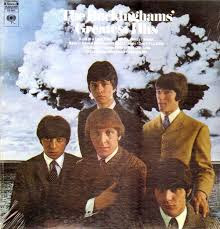 Eventually, though, Marty outgrew The Buckinghams. Once we’d left Guercio and were with new management, Marty was on his way to his next musical association with Lovecraft, and later on worked with The Fabulous Rhinestones. He did return, though, when Dennis and I formed The Tufano & Giammarese Band, to record the second album we did for Lou Adler’s Ode Records, and we also had our mutual friend, the late Darryl Warren, come in and play congas and percussion, so we had four Chicago natives at least in that band, too.

Marty would become an in-demand sax and keyboard player, mostly, for music powerhouses including Eric Clapton, a longtime player in Bonnie Raitt’s bands, and his list of associations and affiliations with other musicians took him in and out of the studio and found him back out on the road often, which he seemed to love.

Through the years, I’d see Marty and Dennis occasionally when we played California and they’d come see us and yet we were not in close touch. Dennis was working with Bernie Taupin, and one of the products was “He Who Rides the Tiger” (1980) and Marty was part of that album also.

In the past decade, though, we spoke by phone often. Handling all the business of Buckinghams Music, I kept up with Marty’s location—and I remember telling him when we recorded “C’mon Home” for a project many years ago, that his song was a real precursor to the sound of Chicago’s “Beginnings” track. In fact, in concert years ago, we used to play one right after the other as part of that genuine horn sound.

The one thing that initiated phone calls around for all of us was when one of us lost a parent. No matter where we were, that was one thing we would all do, is all find each other, wherever we were, and pay our respects in person or by phone, the way that families do at those times. Shared history is a permanent thing to be cherished and remembered.

It’s hard to imagine but about 5 years ago now, I got a call from Dennis Tufano, telling me that Marty was battling cancer, things didn’t look good, and that medicine/treatment was outrageously expensive. He proposed a one-time reunion in Chicago, and I agreed—five minutes later, Ron Onesti was all-in for The Arcada Theatre to host what was one of the most amazing concert experiences of any of our lives. Dolores Weissman posted some video on her Facebook page; here's one excerpt from that evening: https://www.facebook.com/delores.weissman/videos/10203088998300931/

Time warped, all barriers disappeared, and for a magical evening thanks to the generosity of our longtime fans and friends in Chicagoland, substantial funds were raised for Marty’s medical expenses in ticket sales and silent and live auction items. Videos of those performances are still on YouTube. About four weeks later in his L.A. home base, Dennis Tufano organized another fund-raiser at the Canyon Club in Los Angeles, in conjunction with the charitable organization Sweet Relief, where Bonnie Raitt and Leon Russell were part of the music lineup in Marty’s behalf.

The best part of the outcome of both fundraisers helped Marty and the medical treatments seemed to give him a new lease on life for a long time. In fact, Marty joined up with friends in the band The Weight, the band that formed to carry on the music of “The Band.” The Weight was so well received that a few years ago they started a national tour and Marty was able to be with them for a large part of that time. In his final band affiliation, then, Marty attained his greatest success and national visibility, which he had long deserved.

Others know more about his personal life and family times. I knew that he was devoted to his daughters, Nika and Anna, and he really loved having the opportunity to perform with Anna in several music gigs—that brought him a lot of joy. He released solo CDs “High Steppin’” and “Smooth Sailin’,” and was involved in recent years in music for various films with national releases, writing songs that were included.

His passing leaves a hole in our hearts, anyone who knew him personally, as his presence is already missed. The goal in writing these memories is to share some of the best times of my life with Marty but not to focus attention away from him. Perhaps it’s best not to think of him as an Exception, a Buckingham, a Lovecraft, a Rhinestone, or anything that would presume to group him into a unit that marched to a single tune.

Marty Grebb was the countermelody in many of the songs of our lives. He was close and yet he was always on a path of his own charting, following his own muse, and gifting us with his talent and time, most graciously, and to those who knew him better, longer, or more closely, look to them for the insight and details missed here.

Recently on Facebook he posted a link to his seasonal composition, "It's Christmas Tonight," https://clyp.it/iuhepzag?fbclid=IwAR2e3-DAouwaz4GkY4EVNjzqehGXaAhiWlu4cVilzpcoQKEN6GD4Bm81tYI and when you hear it, it offers a sense of comfort and peace as we remember him. 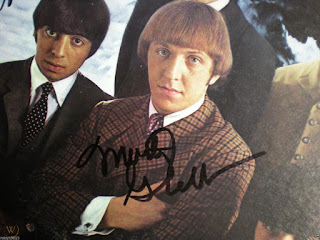 On behalf of Nick Fortuna, Dennis Tufano, and the entire Buckinghams family, we offer our prayers for comfort and condolences to Marty’s family and hope that the outpouring of love they receive in the days and weeks ahead will help them realize how truly loved and respected he was in his lifetime. God bless you, Marty Grebb, and we will always remember you as our friend and bandmate. Carl Giammarese

Posted by The Buckinghams in Concert at 9:30 AM